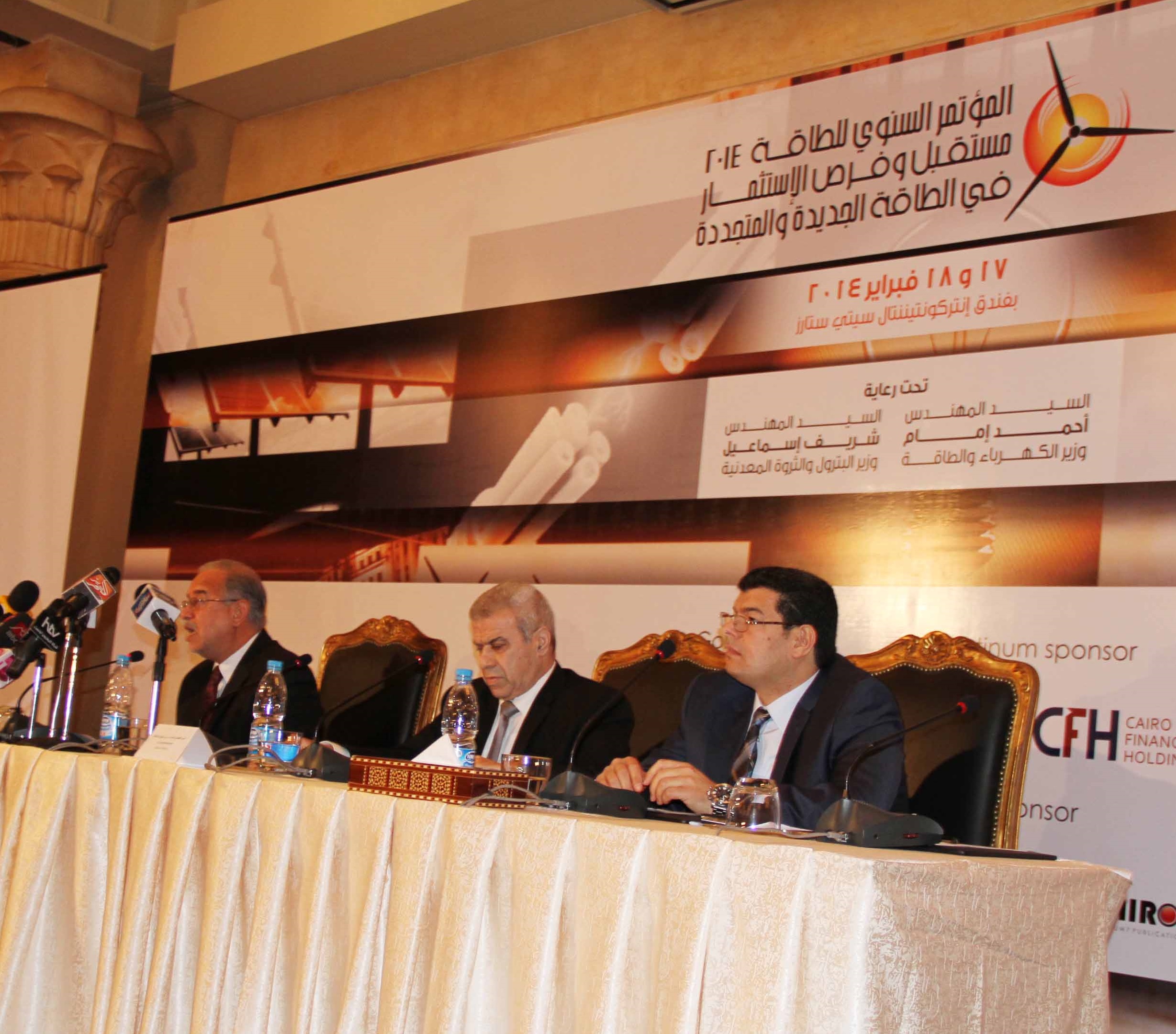 Minister of Energy and Electricity Ahmed Imam and Minister of Petroleum Sherif Ismail inaugurated the Future Investment Opportunities in the New and Renewable Energy summit on Monday. The two-day event will tackle Egypt’s energy challenges and discuss new possible opportunities for uses of renewable energy resources.

“The strategy of the ministry seeks to meet the demands of Egyptians and diversify energy resources,” Imam said, adding that the government has a plan to produce 20% of the country’s energy through new and renewable energy by 2020.

Around 12% of the electricity will be generated using wind energy while the remaining 8% will be produced through “other renewable energy sources,” he said. The government’s strategy aims to produce 2,000 megawatts of electricity by 2017.

The minister said an initiative to encourage citizens to start relying on new and renewable energy has also been recently launched.

“Each ministry will have 25 solar stations on top of its buildings that will help convert thermal energy attained from the sun to electric energy,” Imam said.

Petroleum Minister Sherif Ismail said the absence of “diverse energy resources” is one of the main obstacles the country faces.

Current energy resources are “incomplete, uneconomical and don’t achieve visions of medium-long term development,” he said. Reliance on traditional energy sources comprises around 95% of total usage in the country.

The minister identified a second challenge as the need to “increase energy production”. The ministry is working on increasing the plans for energy exploration, he said.

Commenting on the prices of the international gas trade agreement, the minister said there is a need to change the previously set prices of gas barrels. He asserted that a ministerial committee is currently working on assessing new prices.

The petroleum minister concluded his speech by naming “current energy subsidies” as a third challenge that “neither assists the citizens nor helps to achieve needed economic growth.”