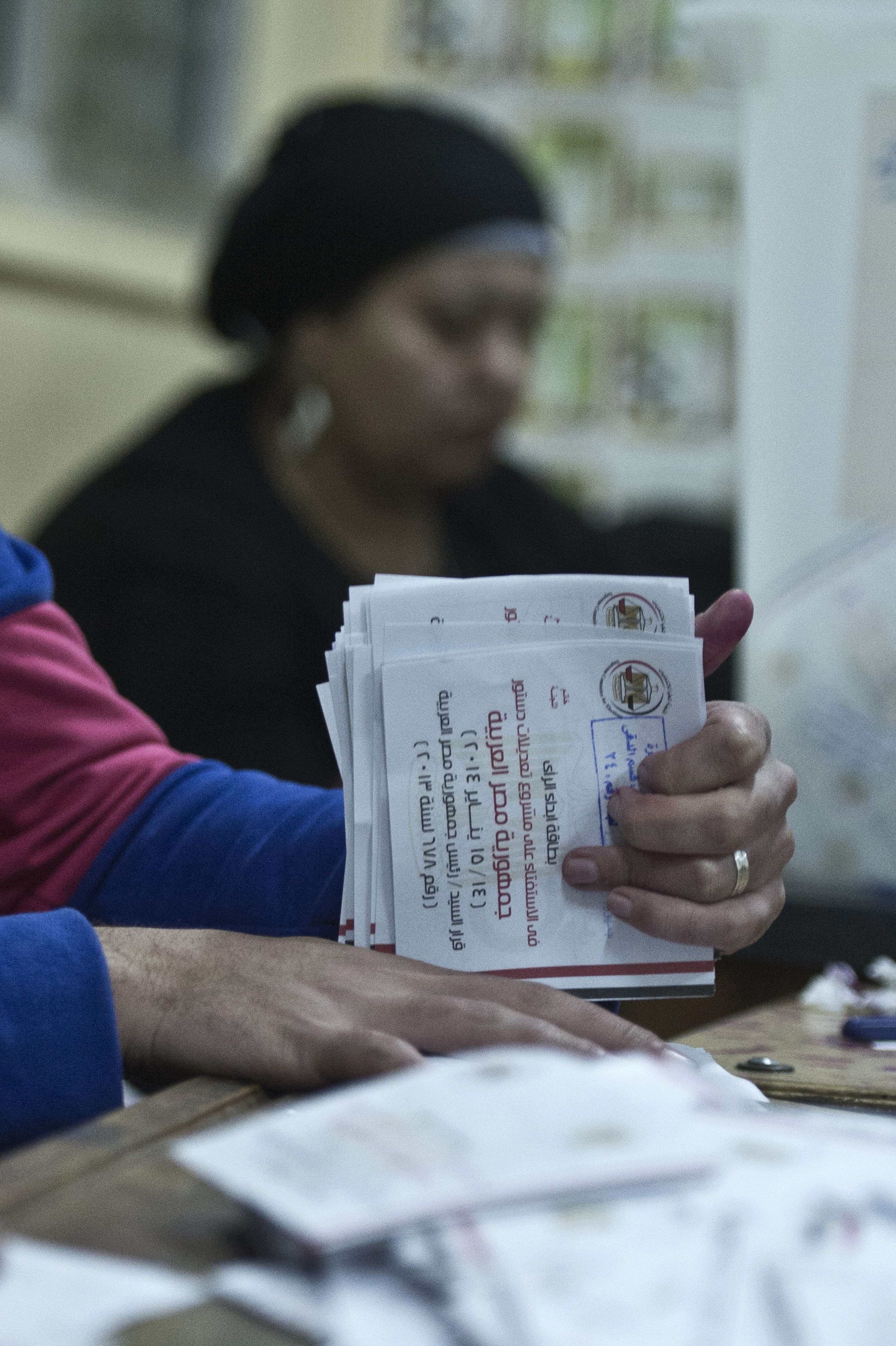 Egypt’s new constitution was officially ratified on Saturday afternoon after the country’s elections body announced the official results in which the document was approved in a landslide.

Chairman of the SEC Nabil Salib thanked the army and police for securing the referendum, which took place nationwide on 14 and 15 January. He also thanked the foreign ministry for facilitating the polling of Egyptians abroad at diplomatic missions, and the Ministry of Education for its role in providing polling stations domestically.

Salib also pointed to the current examination period for students as a factor that contributed to a lower turnout, especially among the youth.

According to the constitutional declaration issued by interim President Adly Mansour in July, the amended constitution was “to come into force as of the date on which they obtain the people’s approval” in the referendum.

Article 30 of the declaration also stipulated that the interim president call for elections within 15 days of the day in which the referendum results are announced.

The 2012 constitution, which was opposed by non-Islamist groups that claimed the Muslim Brotherhood had dominated the assembly that wrote it, was suspended following former president Mohamed Morsi’s ouster. The document had passed with 63.8 percent in favour of it.

A committee of ten legal experts then amended the constitution, which had been originally adopted on 25 December 2012, before handing it over to a committee of 50 that finalised the amendments before voting on them.

Despite the high margin of victory in favour of the new constitution, the process in which it was drafted and the contents of it were subject to a wide range of criticism. The Muslim Brotherhood and other Islamist groups announced they would boycott what they deemed an “illegitimate” referendum, stating that the original 2012 constitution was the rightful governing document for the country.

After polls closed, the Muslim Brotherhood strongly condemned the interim government for holding the referendum during domestic turmoil, and without citing specific examples accused the government of committing fraud and tampering with turnout numbers and results. The Brotherhood-backed Anti-Coup Alliance similarly called the referendum a “failure”.

Former presidential candidate Abdel Moneim Aboul Fotouh’s Misr Al-Qawia Party announced its boycott of the poll one day before voting began, in reaction to the arrest of several of its members while campaigning against the amended constitution.

Last week Amnesty International cited a “sharp contradiction” between the aspirations, rights and freedoms in the constitution and practices by the interim government, adding that the polarised climate was not conducive to a referendum.

The Carter Center earlier this month urged the interim government to create an inclusive and meaningful environment in which the constitution could be discussed. The US-based centre also warned that present political conditions.

Some civil society organisations criticised the draft for granting the military high levels of autonomy while stating that the constitution was a little better when it came to human and individual rights.

Interim president Adly Mansour is expected to announce upcoming elections in light of the ratification of the constitution, and will ultimately decide whether presidential or parliamentary elections will occur first.