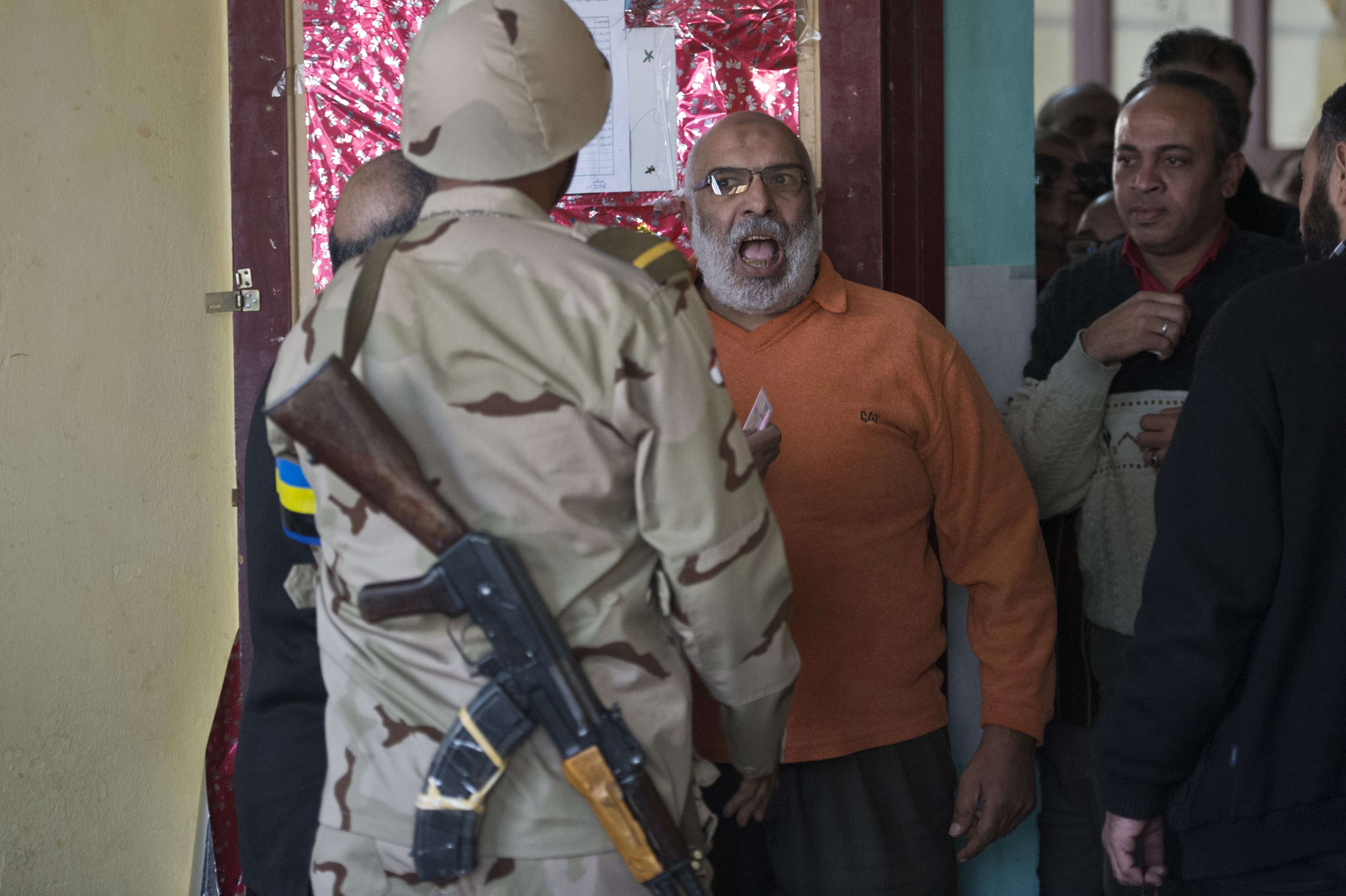 Elections watchdog Shayfeencom said in an early report on the referendum that it had received 42 complaints regarding violations from the governorates of Cairo, Giza, the Red Sea, Port Said and Beheira. Most of the complaints involved illegal campaigning to influence voters’ decisions. Shayfeencom said it observed a number of media outlets influencing voters’ decisions within the polling stations.

The Egyptian Coalition to Observe the Elections (ECOE) also reported several incidents nationwide of attempting to influence voters’ decisions in both directions. The coalition, which comprises around 128 civil society organisations including the Egyptian Organisation for Human Rights, reported incidents when Muslim Brotherhood supporters were encouraging voters to boycott the referendum.

The Anti-Coup Alliance had announced it will boycott the constitutional referendum. The alliance, also known as the National Coalition to Support Legitimacy, comprises of a group of political movements which support the “legitimacy” of ousted President Mohamed Morsi, most notably the Muslim Brotherhood.

Shayfeencom also reported other violations on Tuesday including preventing voters from accessing polling stations, preventing observers from carrying out their duties, the absence of the special ink voters must dip their fingers into to validate the voting process and the absence of stamps on ballots.

“We have observed a lack of systematic intervention by the authorities to stop the violations,” Shayfeencom said in its statement.

The ECOE reported incidents when groups of voters were transported to their polling stations and prompted to vote Yes. The voting process also temporarily stopped in certain polling stations, the coalition reported.

Observers working with the coalition also reported that some voters could not find their names documented in their allocated polling stations. Al-Tayar Al-Sha’aby (Popular Current) said that its founder, Hamdeen Sabahy, did not find his name on the voters’ list at his polling station. The former presidential candidate said he had voted in the same polling station, located in the Mohandessin neighbourhood, several times during the previous referendums and elections that took place since the 2011 uprising.

“Some judges were replaced due to their exhaustion,” the commission said in the second statement it released on Tuesday.

A spokesperson at the Ministry of Social Solidarity has stated that 40 national and seven international NGOs would take part in monitoring the referendum. The spokesperson said that 40 of 67 local NGOs that applied were accepted. Foreign NGOs must be vetted by the SEC.

Shayfeencom announced Monday in a statement that the Commission rejected more than 60% of the organisation’s requests for observers’ permits.