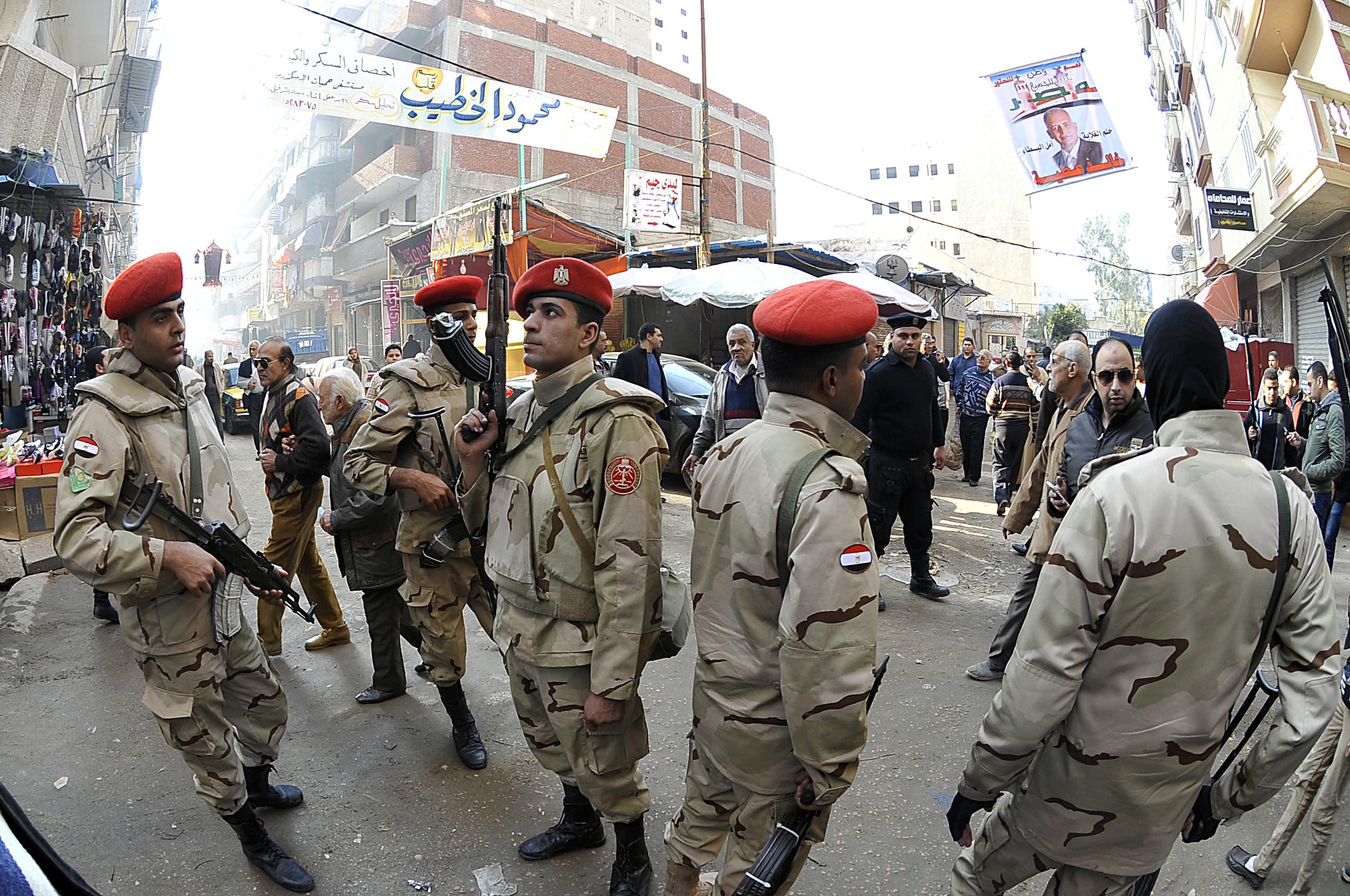 At least six people died on Tuesday, as long queues formed outside polling stations nationwide to vote on the draft constitution.

Over half of the unrelated casualties were in Sohag, in Upper Egypt, where four people lost their lives. Two more died in two separate incidents, one in the Beni Suef governorate and another in Nahia, Giza.

Ministry of Interior spokesman Hany Abdel Latif said that those who were killed in Sohag were shot at by “Muslim Brotherhood members” and that victims were local residents and security forces. Seven were injured, including two policemen, and 17 people were arrested in possession of firearms.

Abdel Latif said the trouble started when the Brotherhood saw the heavy voter turnout and attempted to disrupt it.

Tuesday was the first day of the two-day referendum, which is set to continue until Wednesday at 9pm. The interior ministry said there was “stability” in the security situation and “calm” except for some Muslim Brotherhood attempts to disturb the voting.

“Enough with the allegations,” she said.

She added that these allegations are used to cover up “stark violations” in the voting process.   The Muslim Brotherhood said on their official twitter account that there was “widespread vote rigging after a majority of Egyptians boycotted the referendum”.

In Cairo’s Nasr City neighbourhood, a group of 10 people were arrested. The interior ministry said they were disrupting the referendum and “inciting people to boycott”. One of them was allegedly a member of the Brotherhood, and was carrying Molotov cocktails.

Another five were arrested in El-Marg, another suburb of Cairo, also for attempting to disrupt the referendum.