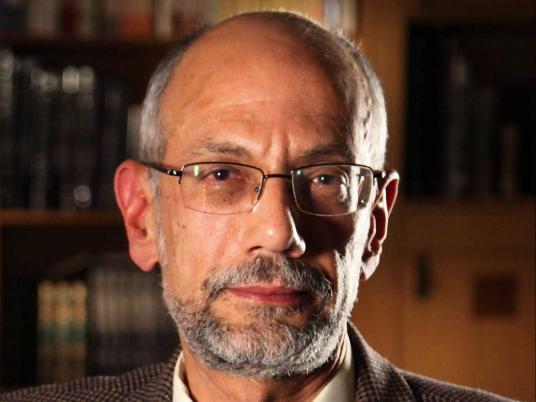 According to Al-Sayad, Egypt is experiencing two main battles, the first one is with terrorism, and the second is with the security apparatus’ violence and oppression. He believes that the latter is a 25 January Revolution demand and the former a 30 June protests demand. This leaves Egypt in a precarious state between the return of Mubarak’s police state and the Brotherhood’s hypocrisy.

He adds that this wobbly state has resulted in the confusion of many Egyptians, as apparent from their comments on social media websites and other political columns. Al-Sayad recaps what has happened since 25 January; governments tried to use the broken system for their own interests while distracting Egyptians with other trivial matters.  “The regime preserved its corruption and fragility and the people were divided over the [Egyptian] identity,” Al-Sayad writes.

Al-Sayad explains that the current regime is mistakenly trying to revive the same corrupt regime which the revolution rejected, thinking that the new generation would accept that, forgetting that the use of violence is only a temporary solution. The choice became, once again, between “religious oppression that monopolises the absolute truth while disregarding any other and corrupt police oppression”.

Al-Sayad mentions Bassem Mohsen, a young man from Suez who was recently martyred, as an example of innocent lives lost within two terrible choices. He recalls the similarity between the current situation and the second round of presidential elections in 2012, when Egyptians had to choose between former-regime figure Ahmed Shafiq and the Brotherhood’s candidate Mohamed Morsi. “Some of those who voted for Morsi did so because they refused Shafiq, who resembled a regime they revolted against; some of those who voted for Shafiq did so in fear of the Brotherhood,” Al-Sayad writes. “Egyptians did not have the luxury of a safe and reassuring choice.”

Again, Egyptians are dragged into a polarised situation, and they are the only losers. “Both parties succeeded in achieving their goals and Egypt lost,” Al-Sayad writes. He explains that the Brotherhood succeeded in preserving their organisation after it had lost its popularity in 30 June by returning to its oppressed “cocoon”. At the same time, the police state succeeded in returning to its former state as a “trickster blessed by the public”.

“The new Egypt lost the dream for which Egyptians took to the streets on 25 January: a modern state like the rest of the world’s countries, that does not know corruption or religious fascism that monopolises the truth. A state that realises that prosperity lies in diversity, that religion is for God and the nation is for its citizens, and that my freedom to believe in whatever I want is directly tied to my realisation of the freedom of others,” Al-Sayad writes.

He further explains that the state government should rely on truth and transparency to push forward and develop, and people should be given true choices rather than have someone decide a course of action for them. In this state, the president knows that he represents all Egyptians without exception. It is also a nation in which the government cares for the future while learning from the country’s history and former mistakes, and one in which officials realise that an oligarchy has never protected a dictator. Al-Sayad further explains that this state would include an independent judiciary so as to achieve justice without the use of violence and force.

Al-Sayad concludes the article by stating that even though four months had passed since the violent dispersal of the Rabaa sit-in, the same question he asked then remains unanswered: “Until when? We don’t know, but we all know the price paid even if we are all ignoring it.”