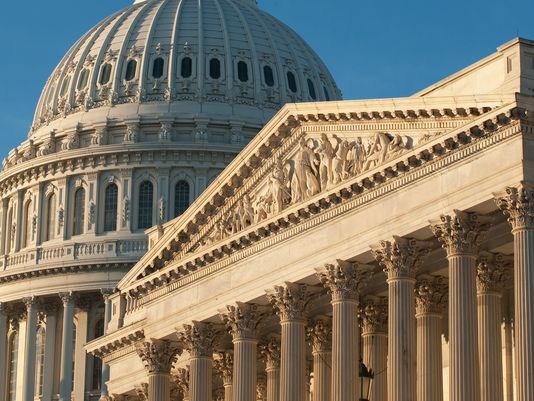 A bill passed by a United States Senate committee on Wednesday could allow for the entirety of US’ $1.6bn funding to Egypt to be restored having gifted the US president power to waive the law to protest the US national interests.

The bill aimed at reforming assistance to Egypt has been dubbed the ‘Egypt Assistance Reform Act of 2013’. The Chairman Robert Menendez and Ranking Member Bob Corker of the Senate Foreign Relations Committee authored the bill.

The legislation would allow for US President Barack Obama to waive the restrictions put in place in October that suspended the delivery of military equipment to Egypt pending the election of a civilian government. This did not affect support which “directly benefits” Egyptians in areas such as health, education and private sector development.

Obama could decide to bypass the law that prohibits the delivery of aid in countries that have experienced the removal of a democratically elected government through “coup d’état or by decree in which the security forces of that country played a decisive role.”

The waiver would last for 180-days but the president must justify the decision “to the appropriate congressional committees.” According to the bill the president would have to show that “providing such assistance is in the vital national security interests of the United States, including for the purpose of combating terrorism.” The president must also demonstrate that the government of the country in question “is committed to restoring democratic governance and due process of law, and is taking demonstrable steps toward holding free and fair elections in a reasonable time frame.”

Minister of Defence Abdel Fattah Al-Sisi, outlined a transitional roadmap at the time of the removal of former president Mohamed Morsi in July. The roadmap included a referendum on an amended constitution, parliamentary and presidential elections.

The White House took months to decide that it would not make a determination of the events that saw Morsi ousted. Under the new bill passed by the Foreign Relations Committee “the Secretary of State shall determine whether the democratically elected government was deposed by coup d’état or decree in which the security forces played a decisive role.”

Menendez, who co-authored the bill said, “This legislation reaffirms the enduring US commitment to our partnership with the Egyptian government by authorising continued assistance and endorsing the importance of ongoing cooperation.” The Democrat Senator for New Jersey added, “Assistance, however, is not a blank check; it should be used for programmes that support the Egyptian people as they pursue political and economic reform.”

Despite the passing of this bill through the senate committee, there remains concern within the US government about developments inside Egypt. During Wednesday’s press briefing, in response to a question on Morsi being referred to trial for espionage, Deputy Spokeswoman for the State Department Marie Harf expressed concern “about politically motivated arrests and detentions in Egypt.” She added, “We are continuing to look to the government to ensure that Egyptians are afforded due process with fair and transparent trials.”

In October it emerged that Egypt had hired the services of a lobby firm for public relations and lobbying services with the US government in Washington. The Ministry of Foreign Affairs stressed at the time ““the Egyptian government determines the content of the message to be directed and targeted at either the US administration, congress, research centres or the media.” The ministry added that the firm had been hired for its “contacts, expertise and influence in this area.”