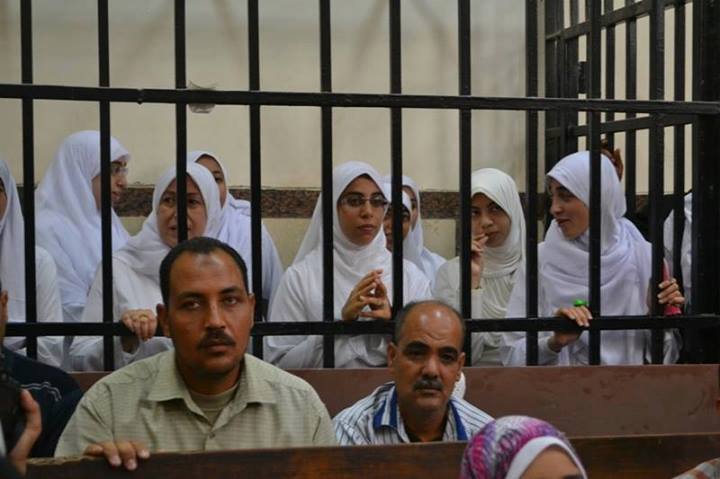 Leader of the defence team representing the 21 female protesters, Ahmed El-Hamarawy, was released Monday pending investigations after he was detained due to his role in clashes that occurred on 16 August in Alexandria.

According to the defence team spokesman, Ahmed El-Ghamry, although Hamarawy was released, he is still being charged with inciting violence and throwing stones at security forces.

Clashes erupted between Morsi supporters and residents of the Raml Station area in the vicinity of the Al-Qaed Ibrahim mosque; according to Al-Ahram, the clashes involved gunfire and rock-throwing.

According to state run news agency MENA, Hamarawy was arrested via Homeland Security during a campaign that led to the arrest of 14 Muslim Brotherhood members. Ghamry said that although the Homeland Security officer responsible for the investigations had retracted his original accusations, the final decision is in the “hands of the prosecution”.

“I believe these are methods to scare Hamarawy and other attorneys away from representing the girls… we were told to give up on the trial by other police officers and were warned against continuing the defence,” Ghamry said.

Hamarawy was defending the 21 young Alexandrian women who gained notable fame after 14 of them received an 11-year jail sentence. The sentence stirred controversy and was described as “harsh” by attorneys.

An appeal for the verdict handed to the 21 young women last Wednesday was accepted on Saturday after two Alexandria appeals courts agreed to review the sentence. The International Coalition for Freedoms and Rights (ICFR) also released a statement announcing that a team of international lawyers will be sent to Egypt representing the young women.

“Egypt blatantly violated international treaties which they signed and ratified. These treaties protect the rights of children and general human rights… the current regime clearly committed crimes against humanity,” the statement added.

The 21 young women are members of the 7am movement, which has been protesting the military-backed ouster of former president Morsi and dispersal of the Raba’a and Nahda sit-ins.