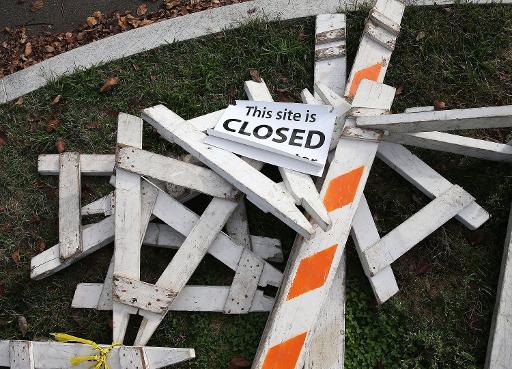 AFP – The world got a close-up look at US democracy during Washington’s debt default showdown, and was traumatised by what it saw.

The bad news for America’s worried friends is that new stalemates over budgets and borrowing are looming early next year.

The globalised economy has world powers chained to America’s fate: a US debt default could have caused mayhem across the planet.

Obama warned the showdown diminished US standing and “encouraged our enemies, emboldened our competitors and depressed our friends.”

The two week impasse was sparked when House Republicans tried to make a hike in US borrowing authority conditional on Obama gutting his signature health care law.

Foreigners struggled to understand how an insurgent minority was able to hold US democracy hostage.

Outsiders have often grumbled that a political system of checks and balances designed 230 years ago is too lumbering for an age where billions of dollars can flee a nation in a second and nimble developing nations challenge US primacy.

Unlike foreign leaders with hefty parliamentary majorities, Obama cannot simply drive his agenda into law and since Congress retains the power of the purse, he must coerce and cajole.

That can be tough even when his party controls Congress, but when the rival party has power — in this case Republicans in the House — it can be impossible.

While the US system prevents a majority from becoming too powerful, well organised minorities can gum up progress — a factor exploited expertly by Tea Party Senator Ted Cruz.

But just because power is often shared, it does not automatically follow that government cannot work.

So why can’t Obama and his foes reach consensus?

Some observers believe Obama and House speaker John Boehner simply lack the political acumen to grease the wheels of power — after all it took two Senate veterans, Democrat Harry Reid and Republican Mitch McConnell, to seal a deal to end two weeks of drama.

While the US system may be prone to gridlock, the true cause of the latest imbroglio was political rather than institutional.

“What we are dealing with is that Americans, who are represented by their elected officials in Washington, are all doing the best that they can and are coping with the high degree of disagreement that exists in the country,” she told AFPTV.

Some analysts accuse the parties of deliberately sharpening divides.

Republicans are now profiting from the age old tactic of redrawing congressional districts to ensure safe seats in elections.

The result is that lawmakers are more concerned about appeasing the grass roots activists who participate in party nominating contests than more moderate general election voters.

Polarisation has also deepened because of demographic trends: for instance, many older white Republican voters moved south to warmer climes, and the corps of moderate northern Republicans in Congress — prone to working across the aisle with conservative Democrats — has thinned.

A look at a political map of the United States shows Democratic territory on the coasts and in big cities — while everywhere else is bathed Republican red.

A fragmented media, meanwhile, allows partisans to exist in a political bubble, getting tailored news from radio, television or online outlets.

Sooner or later, the ideological gulf was sure to be reflected in Washington.

Two prominent non-partisan political scientists, Thomas Mann and Norm Ornstein, caused a stir several years ago in a book which dispensed with the normal practice of blaming both parties for dysfunction.

They argued the Republican Party had become an insurgent force prizing ideological purity over compromise with Democrats that underwrote American governance for generations.

Concerned foreigners might also note that while the partisan fury tested the US system, it did not break it in the debt ceiling debacle, as Congress did raise borrowing authority at the 11th hour.

“The system has the resiliency to get them to the right place at the end,” said Patrick Griffin, a political scientist at American University.

“While you have to tolerate a lot of stress to have that system, it can do the right thing in the end.”