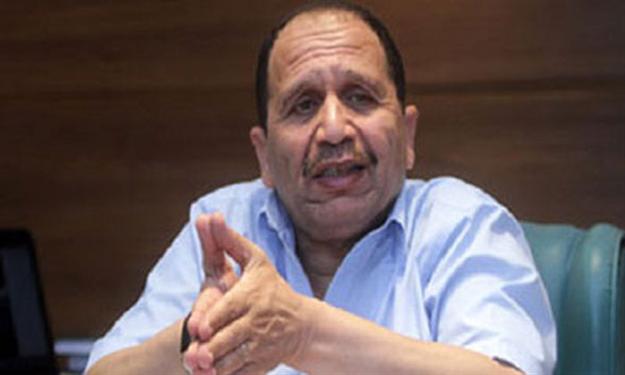 Egypt’s maritime shipping market has paid a high price over the last three years as a result of the Arab Spring, but maritime transport experts have expressed their optimism regarding the potential for renewed growth in the market amid a more stable macroeconomic climate.

This follows the Maritime Transport Sector’s (MTS) announcement of a new short, medium and long term strategy to revive Egypt’s ports industry and achieve growth, in cooperation with the private sector. Experts have agreed that recent political events have not had a large effect on Egyptian ports, as transportation rates have continued as normal.

Mohamed Abdel Qader Gaballah, chairman of the Alexandria MTS, stated that port traffic and shipping operations on wharves has proceeded as normal since the outbreak of recent events.

Gaballah stated that maritime shipping routes were not affected by the forced dispersal of sit-ins at the Rabaa Al-Adaweya and Al-Nahda square, adding that the ports have not received any official notifications regarding plans to alter or switch shipping routes in any way.

Mohab Mameesh, chairman of the Suez Canal Ports Authority, stated that the canal was safe, and that in the worst case scenario, shipping lines would be secured by the Armed Forces and Ministry of Interior. He denied that shipping routes would be closed.

He stated that the authority was still providing top quality service to ships passing through the canal, and pursuing market policies to help increase the loads carried by each individual ship.

Ahmed El-Akkad, chairman of the Alexandria Chamber of Shipping, stated that ports have not been largely affected by the recent political events, saying however that trade rates have decreased between 20%-30% since the sit-in dispersals, the result of land transport companies ceasing their operations.

He stated that land transport companies have been affected more by recent events than port authorities, due to the blocking off of a number of roads throughout the country, in addition to daily curfews which limit movement. El-Akkad pointed to companies such as Maersk as organisations whose maritime shipping lines have continued to operate as normal.

Walid Badr, director of the Alexandria Chamber of Shipping Fund, and Chairman of the East Med Shipping Company, expressed his optimism regarding the potential for the market to stabilise as a result of positive indicators emerging from the market.

He stated that the MTS had recently put in place a new strategic vision for the sector, which covers a number of different dimensions in the short, medium and long terms.

He added that the “January and June revolutions” have negatively affected the flow of commerce and trade coming in and out of Egypt over the last three years.

Badr stated that transportation rates have decreased in recent months as a result of the outbreak of political events which have forced curfews to be imposed on selected provinces throughout the country. Curfews have prevented employees from arriving to work, have cut back on the number of operating hours within ports, and delayed import and export operations throughout the country.

Ahmed Nassar, Chairman of Ocean Queen Shipping, stated that recent political events have in fact affected the market and the flow of commerce coming in and out of the country, in addition to that of foreign markets.

He stated that the period following the 30 June protests witnessed significant decreases in imports and exports, the result of fears held by foreign investors regarding political instability and increases in the price of the dollar.

Nasser expressed his optimism however that the market would once again stabilise. What Egypt needs now, he said, is effective, successful political management, and improved respect for the law.

Latfi Al-Maghrabi, Chairman of Sea Marine Egypt, stated that the state of the market has deteriorated rapidly since 30 June, saying however that indicators would improve once the country stabilises.

He stated that the true affect of such events remained vague and risky, and relied on whether or not fears held by foreign investors regarding the prospect of working within the Egyptian market subside as a result of political destabilisation.

Maghrabi expressed his optimism however regarding the economy’s potential for growth once political turmoil subsided and events stabilised. Accomplishing this however would require that businessmen and those working in state agencies combine their efforts and stand side by side in helping to promote investment in Egypt.