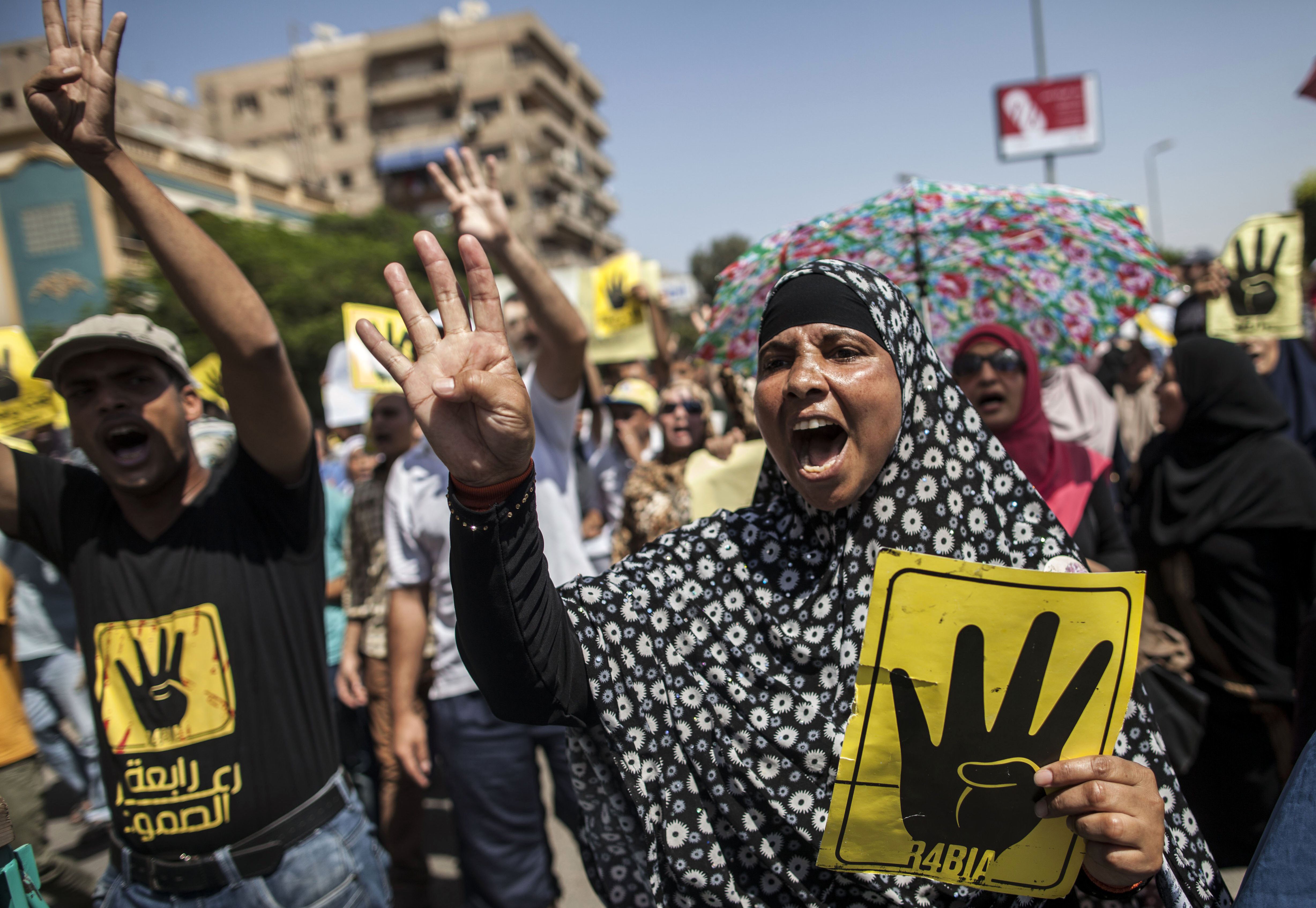 Two people were killed and more injured on Friday when clashes erupted after pro-Muslim Brotherhood protesters took to the streets to commemorate the one month anniversary of the dispersal of the Rabaa Al-Adaweya and Nahda Square sit-ins.

In Alexandria one protester was killed and six others were taken to local hospitals for injuries related to birdshot.  Another fatality occurred when pro- and anti-Muslim Brotherhood demonstrators clashed in Ezbat Tahrir in Upper Egypt, according to state-run newspaper Al-Ahram.

The Anti-Coup Alliance, a coalition in support of the Muslim Brotherhood and deposed president Mohamed Morsi, issued a press statement that lauded Friday’s demonstrations and attacked the government and press, which they said are responsible for violence and misinformation.

“The National Coalition states the Egyptian people have affirmed that they lead their revolution, in spite of the terrorism practiced against their freedom by the bloody coup, not to mention the criminal media campaigns by government media, and by private media owned by Mubarak regime businessmen,” read the press statement.

“The Egyptian people went out today to tell everyone they will not be afraid of the brutality of the military and security machines and will not be swept into the current of lies instigated by their provocative media.”

Protestors in Cairo attempted to march to Rabaa Al-Adaweya Mosque in Nasr City and Itihadeya Presidential Palace in Heliopolis, but they were stopped short by barbed wire barricades manned by security forces.

The Anti-Coup alliance has called on Muslim Brotherhood supporters to have a week of protests, dubbed “the Friday and week of ‘Loyalty to the Blood of the Martyrs,’” calling all Egyptians to the street to reject the 3 July ouster of Morsi.

“The blood of the martyrs that flowed like rivers in Rabaa [Al-Adaweya], Nahda[Square] and all squares of Egypt, and the smell of burning bodies, call upon you,” read the group’s press statement.

Saturday marked one month since the security forces cleared the two pro-Mohamed Morsi sit-ins, which resulted in the deaths of 1,063 people, including 983 civilians, 52 security personnel along with 28 others whose bodies were found under the platform of the pro-Morsi Rabaa Al-Adaweya sit-in in Cairo, according to the Egyptian Centre for Economic and Social Rights.