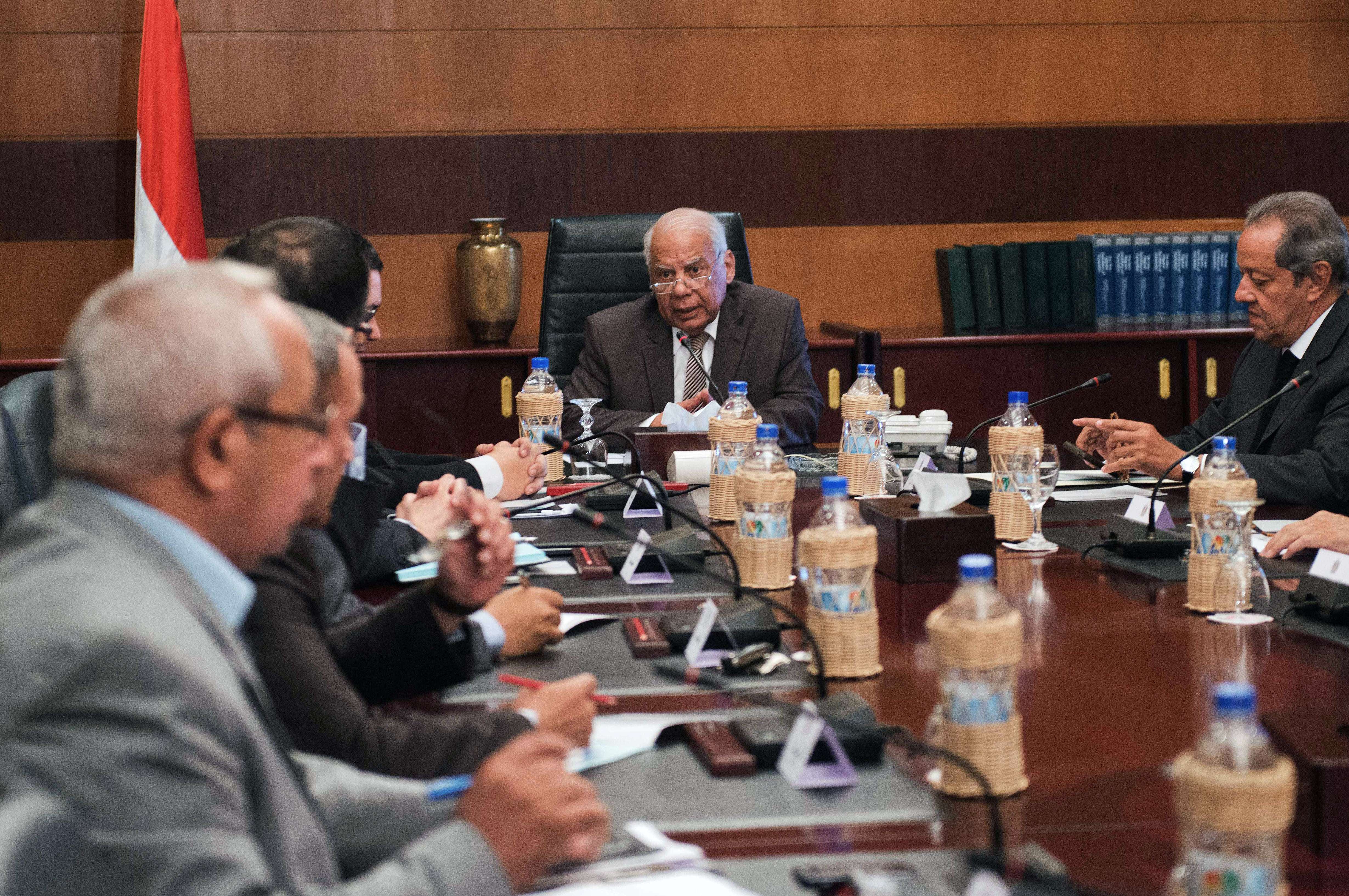 The Committee to Protect the Democratic Path will meet on Wednesday in the Investment Authority headquarters, the office of the media adviser to the cabinet has confirmed. The committee was formed by Prime Minister Hazem El-Beblawi, to execute the initiative tabled by his deputy Ziad Bahaa El-Din.

The committee’s members include Bahaa El-Din, who is also the Minister of International Cooperation, and Mounir Fakhry Abdel Nour, the Minister of Trade and Industry, as representatives for the government. The presidency is represented by two members: Constitutional Adviser to the President Ali Awad and Strategic Adviser to the President Mostafa Hegazy. The two other members are Constituent Assembly member and 2012 member of parliament Amr El-Shobaki, and the assembly’s backup member, diplomat Ezzedine Choukry.

The committee’s main role, according to the decision issued by El-Beblawi on 5 September, is to guarantee “the continuation of the democratic path” set forth in the post-30 June roadmap.

The committee will pursue the government’s efforts in executing Bahaa El-Din’s initiative, regarding security issues, foundation of political institutions, the inclusion of non-violent political factions in the political process, the banning of political activities in houses of worship, the protection of freedom of expression and speech, and putting forth a “national programme for transitional justice” to “regain the unity of Egyptian society.”