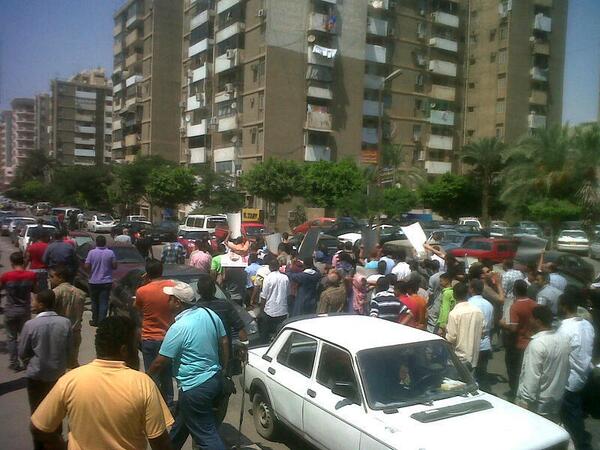 Dead bodies from Wednesday’s clashes are being kept within Makram Ebeid’s Iman mosque at Nasr City waiting to be claimed by relatives.

The bodies were preserved in ice filled bags and had fans directed at them. Some bags had a name and address on them, while others were labeled as unidentified.

The unidentified were either burnt or without identification. Witnesses said the burnt were inside their tents at Rabaa Al-Adaweya when it was set ablaze. Other bodies had gunshot wounds.

Over 100 bodies were inside however Reueters reported a figure of around 250. Every 15 minutes a body was being taken out in a coffin since early morning.

The identified bodies were waiting to be claimed by relatives and a list of the names of the dead was hung up within the mosque.  Many relatives were sitting beside bodies waiting for their turn to take them outside the mosque into the funeral vehicle.

The people outside the mosque were waiting for the bodies to come out. At around 1pm chants started to rise and a small protest started to form, chanting: “our meeting is tomorrow.”

The imam of the mosque prayed against Defence Minister Abdel Fatah Al-Sisi while the protest involved chants against the army and police.

The street was shut off from either side by roadblocks. No vehicles were allowed in except ambulances and funeral vehicles.