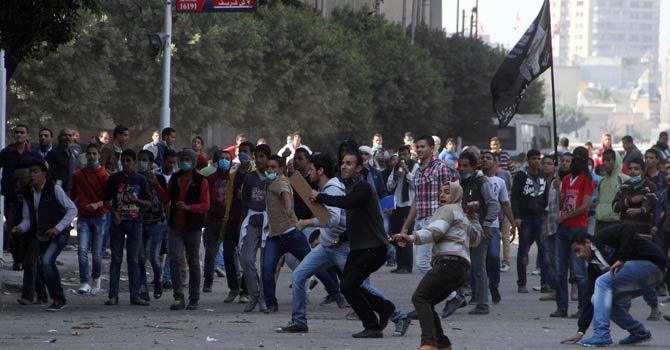 Recent increases in politically motivated violence have caused a number of local companies to refuse coverage to businesses and facilities located in turbulent regions, representatives from Egypt’s insurance sector have said.

Covering such businesses, they said, could cause reinsurance companies to suffer high losses.

Officials further stated that such events have pushed companies to renew their contracts according to new terms and conditions, raising the price of political violence policies, a move justified by the lack of an existing price foundation under which to measure the value of such policies on the Egyptian market.

Adel Faturi, head of reinsurance and research at the Misr Insurance Holding Company, stated that new political violence policies have recently been released onto the Egyptian market in order to combat the risks associated with outbreaks of rioting and property destruction seen in recent weeks. He stated that the price of such policies is inherently linked to the degree of risk involved in and endurance ratios of those companies and facilities seeking coverage.

Recent spikes in violence may cause such companies to refuse coverage all together to those companies and institutions exposed to high levels of risk.

Hamid Mahmoud Salih Al-Din, deputy Public Director of Property at the Egyptian Takaful Reinsurance company, agreed that there should be a difference between optional reinsurance agreements and conventional reinsurance contracts. The former he said would consist of local companies reaching agreements with reinsurers, which would automatically apply across the board throughout the year and would not require that regular insurance companies involve themselves in the contract. The latter would consist of the repatriation process being conducted according to each case, with it being made clear that political violence is considered an exception to all agreements, and cases of its reinsurance would be determined according to each specific policy on a voluntary basis.

He pointed out that the British insurance company Lloyd’s has increased the cost of its political violence policies after the outbreak of the 30 June protests due to increases in demand for such policies compared to previous times. Demand has increased he said due to fears over the potential for increased violence in the future he said.

He stated that he does not expect annual reinsurance agreements to be affected by recent bouts of violence seen within Egypt, as such violence should be covered and included under clauses governing policies related to military coups, wars, civil wars and revolutions. He added that seeing as current violence being witnessed in Egypt is largely the result of power struggles arising out of politics, that coverage of such violence should be included under political violence policies.

He did however point out that political violence as described in many contracts is mostly limited to rioting and strikes, and does not cover violence whose purpose is to bring about a change in government, or its executive branch. That being said, insurance companies have presented their political violence policies to reinsurance companies for the purpose of determining the price of each individual policy, seeing as no precedent yet exists on the Egyptian market for the pricing of such policies. This is particularly true considering the decreasing corporate retention rates for coverage of such policies, which waver between 90% and 95%.

WalidSayyid Mustafa, insurance advisory expert and member of the Public Committee for Fire Insurance within the Insurance Federation of Egypt, stated that the expected effect of renewed acts of violence on the renewal of reinsurance contracts as it relates to political violence policies will differ on a case by case basis depending on the company, the amount of damage already incurred by each company and its facilities as a result of political violence, in addition to company retention rates for such policies.