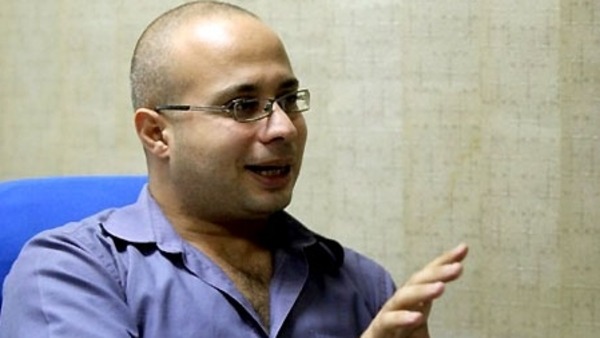 Ahmed Maher, founder of the 6 April Youth movement, declared in a press conference on Tuesday that the June 30  Front will “complete the revolution.”

Maher stated that despite claims that the mass protests of 30 June would help the return of remnants of the former regime: “the movement along with the revolutionaries will not allow this to happen.”

Maher accused state-run TV and Radio of unprofessionalism, and airing unreliable news. “That is if they did not fabricate the news,” said Maher.

In the press conference, Maher denied rumours that members of his 6 April movement had joined pro-Morsi protests in Rabaa Al-Adaweya, adding that those threatened by the protests had spread rumours against the revolutionaries.

Maher stressed that the movement, along with the revolutionaries who fought the former regime will rebel against any “corrupt government.”

In regards to defence minister Abdul Fatah Al-Sisi’s Monday statement demanding that Morsi meet the demands of the people within 48 hours, Maher stressed that the armed forces have stated they will protect the Egyptians and do not intend to take a part in politics or governmental role. “What Al-Sisi said is reassuring,” he added.

The 6 April Movement founder said “we do not need to fear the armed forces; Egyptians were proved that with peaceful protests we could win any struggle.”

For the transitional period, Maher stated that his movement, along with other political parties, has nominated Mohamed ElBaradei as the representative of the opposition in talks with the government to solve the current situation.