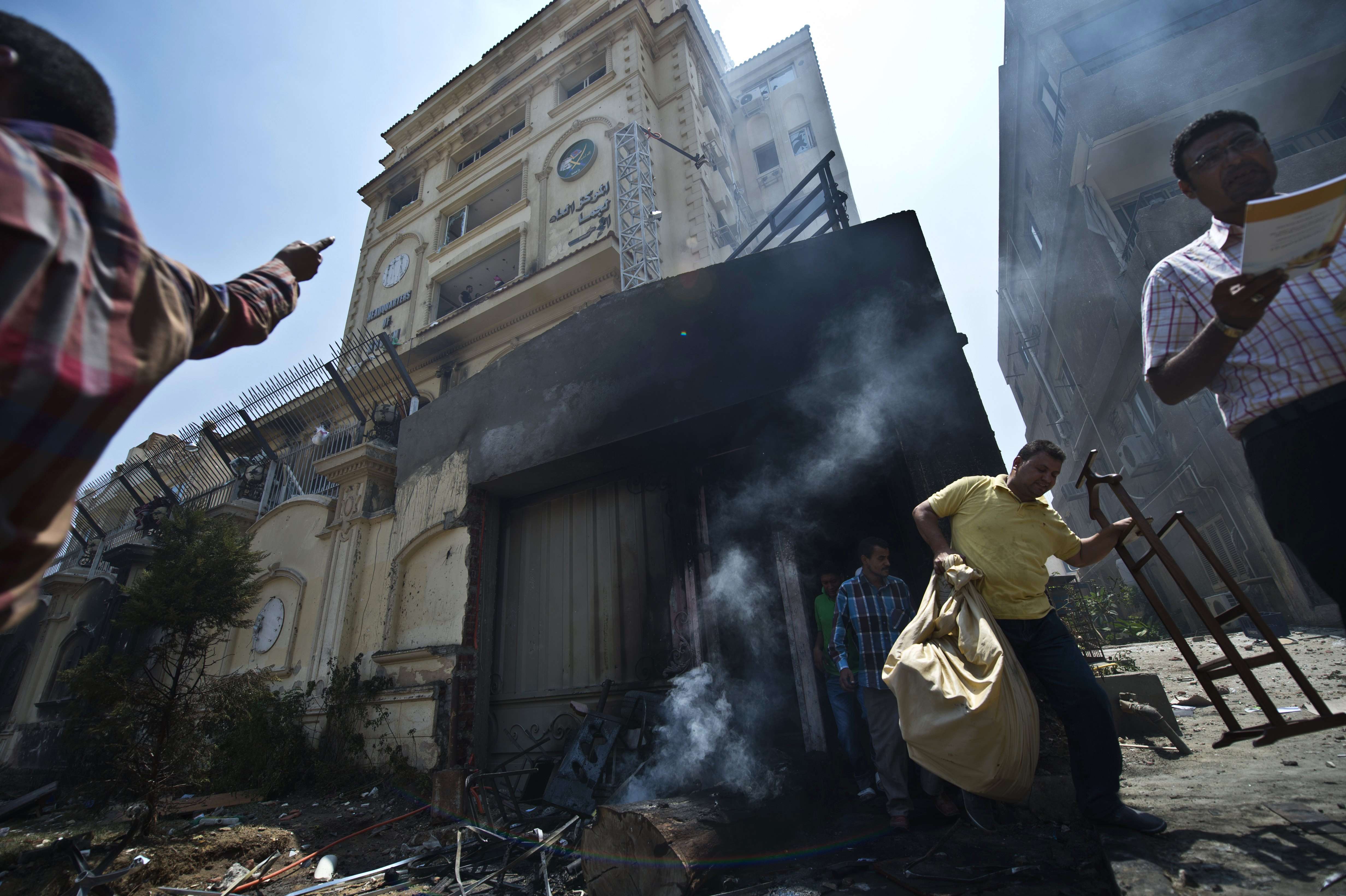 Eight people were killed during an attack on the Muslim Brotherhood’s headquarters in Moqattam on Sunday evening, according to the Ministry of Health.

The Tahrir Doctors Society said 70 were also injured during the attack.

Tarek Al Morsy, a Freedom and Justice Party spokesperson said, “These attacks showed the caliber of the opposition calling for power to lead the people.” Al Morsy described the Tamarod movement and National Salvation Front as “assaulters on the will of the people.”

A protester, Amr Bassiouny, recounted what happened after he joined the protests from 12.30am on Monday. He said that snipers randomly shot at protesters standing at a distance of 200-300 metres away from the headquarters.

Bassiouny added that protesters closer to the headquarters, at a distance of 50 metres, were shot at right away in the head.

“I saw only two or three guns with protesters amidst thousands,” added Bassiouny, claiming that the protesters could not have used them because they were standing far from the headquarters.

Bassiouny said that two armoured vehicles passed the scene but none intervened to protect the protesters.

An autopsy was performed on two bodies that were then released to the families.

The four remaining bodies are awaiting autopsy pending a directive from the district attorney.

Activist Mona Seif, who visited Zeinhom morgue, said a 14-year-old boy was among the dead.

Seif said eyewitnesses reported the victims were shot in the head and chest by bullets fired from the Brotherhood’s headquarters. The autopsy performed on the two bodies confirmed they were shot, said Seif.

The NDP however, commented sarcastically via twitter that it is now the Brotherhood’s turn to fall.

The Brotherhood’s headquarters were looted and burned Monday morning after Sunday’s violence.