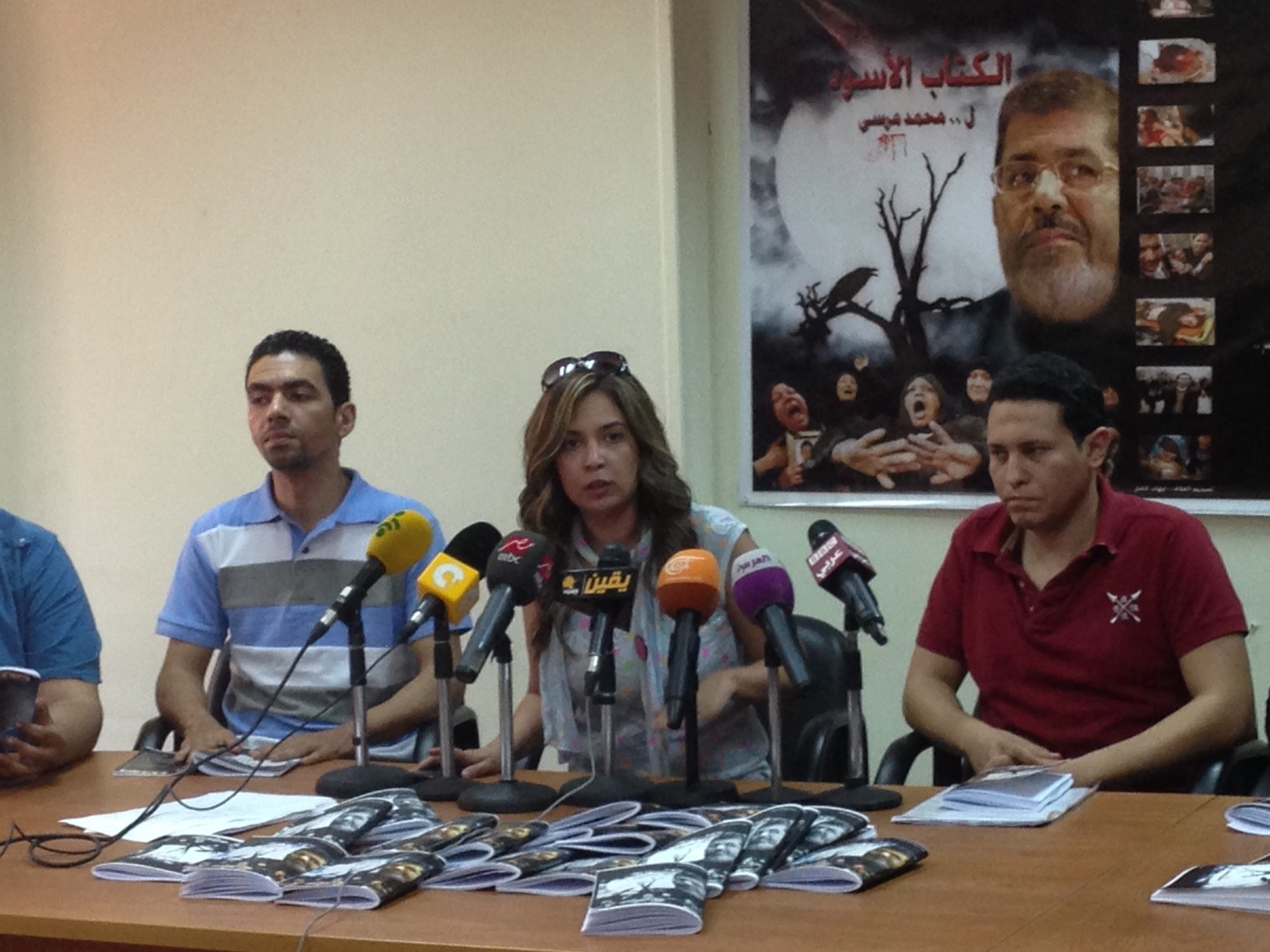 The National Salvation Front (NSF) Youth released on Saturday its Black Book of Morsi outlining alleged human rights violations and offences for which the organisation held President Mohamed Morsi and his government responsible.

“In a few hours, the book will be distributed in all squares of Cairo,” said Amira El-Adly, NSF Youth and Free Egyptians Party member.

She said when they started working on the book, their aim was to monitor and compile all offences committed by President Morsi and the Muslim Brotherhood during their first year in power.

“Despite the threats that the legal committee and the members working on the book have received, they insisted on bringing the book to the light,” El-Adly said.

The organisation highlighted the killing of protestors and political activists, Morsi’s November “unconstitutional” declaration, as described by El-Adly, the violation of women’s and children’s rights, the support of terrorist groups, the violation of freedom of expression, and interference in the role of the judiciary.

The claim that the Muslim Brotherhood supports terrorism was advocated by Abdallah Mansour, a lawyer and a member of the legal committee of the National Association for Change. Mansour cited the recent case of Wadi El-Natrun as proof of the theory. In the case, the court confirmed that foreign groups – Hamas and Hezbollah – were involved alongside members of the Muslim Brotherhood in the storming of Wadi El-Natrun prison to release prisoners during the January 2011 revolution.

El-Adly said only half of the book was printed due to a lack of financial resources, adding that she had been approached earlier on Saturday with offers to print the remaining half.

The NSF Youth had announced that they were working on the book at their press conference on 3 June, which they had held to encourage participation in the 30 June protests.

At the end of the meeting, Hossam Fouda, secretary general of the Free Egyptians Party Youth, encouraged participation in the 30 June protests, adding that Morsi represents a threat to national security since “he has split the country and the people in two.”