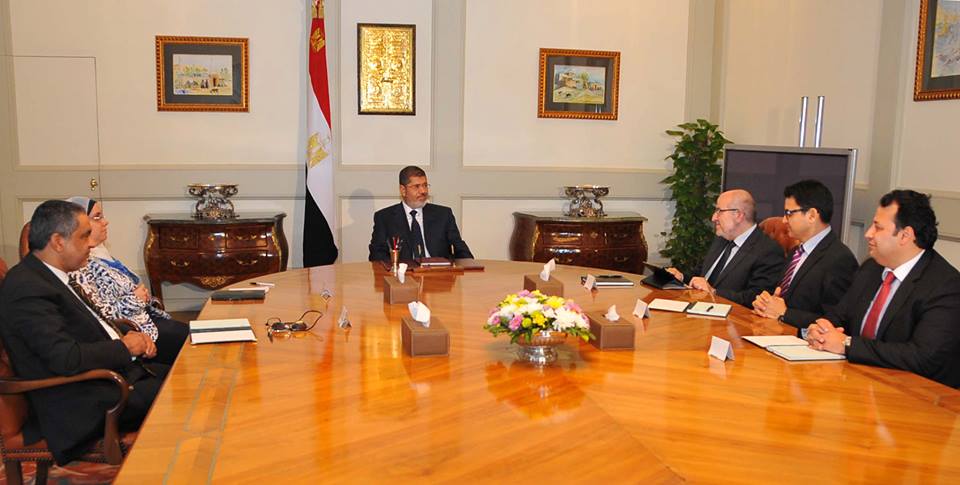 President Mohamed Morsi met a delegation from Al-Wasat Party on Monday to discuss a national initiative released by the party.

During a press conference on Saturday, Al-Wasat leaders called for a dialogue between all political forces this week to achieve national reconciliation.

Opposition leaders rejected the call for reconciliation, saying it is “too late for unity talks.”

“We won’t participate in dialogues or meetings,” responded Amr Hamzawy, chairman of the Misr Al-Hurreya Party.

Bahaa Shaaban, general coordinator of the National Association for Change, described the initiative as a desperate attempt to save an oppressive and failing regime. He claimed that the Muslim Brotherhood is trying to hamper 30 June protests by using political parties like Al-Wasat to split the opposition.

Khaled Al-Sherif, Building and Development Party spokesperson, said his party supports the initiative and will take part in it, while expressing concern that opposition groups would reject the invitation.

He called the opposition’s refusal to join the dialogue prior to 30 June protests a “political cover for violence.”