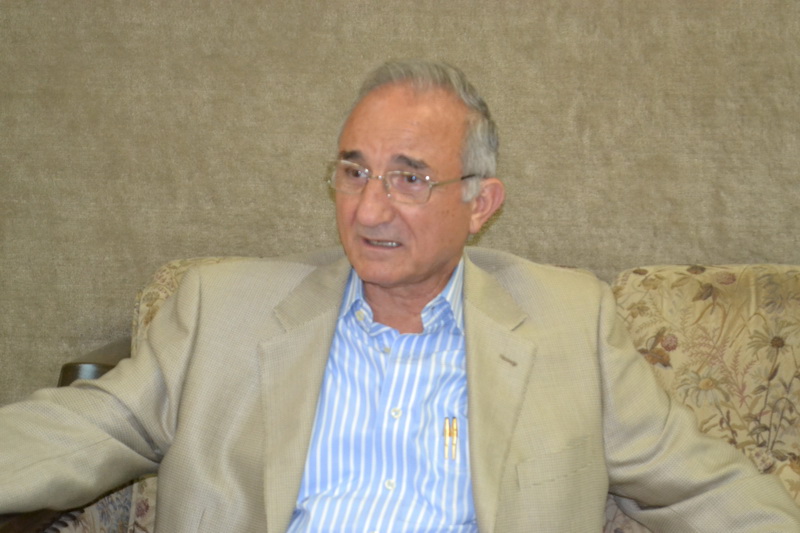 New state mechanisms need to be applied and laws must be put in place to promote growth and reverse the current downward trend in the economy, according to the chairman of the Investment Council for the Egyptian Businessmen Association (EBA).

Hamdi Rashad said the government, and ministers in particular, needed to take tangible steps to address the country’s economic problems. Current obstacles standing in the way of growth included fuel shortages and the lack of available land needed for construction he said, in addition to weak infrastructure.

Rashad said current plans to pump investment into the Suez Canal Development Project are positive but should have been implemented years ago. He added that there was no reason why business and trade in the canal zone should not be subject to Egyptian law. Attempts to place the Suez Canal Zone outside the jurisdiction of Egyptian law, he said, were suspicious, considering the canal’s significance as a major conduit for international trade.

The EBA council chairman said if Egypt’s leaders seek to promote investment by providing incentives for businesses in the canal zone, they should do so by implementing a unified investment law that is applicable throughout the whole country, as opposed to making the zone itself an independent economic entity.

He stated, however, that if it was necessary to make the zone subject to its own set of laws, the regulations should stipulate that 51% of all projects in the region be owned and operated by Egypt’s private sector, which has a long history of operating and implementing large scale development projects, particularly in the country’s tourist, real estate, telecommunications and logistics sectors.

These measures, he said, would help curb fears regarding future investment in the region, especially considering a large number of industries operating in the zone are not open to foreigners, such as military and telecommunications industries.

Rashad said around 4,000 key companies have closed their doors since the outbreak of the 25 January Revolution, including factories, various production centres and service sector companies. No attempts have been made by the governments under the Supreme Council of the Armed Forces or President Mohamed Morsi to revive these facilities, he said.

The chairman criticised the government’s slow response in implementing measures to promote reconciliation between businessmen and the government, a fact which has contributed to the lack of foreign investment entering the country, in addition to propagating a negative economic environment. Achieving reconciliation with the country’s business community and increasing privatisation should be the government’s priority, he said, adding that investors today should not be blamed for the mistakes of the old regime.

Rashad noted that investors prefer to purchase factories and facilities at specific prices determined by Egyptian law and agreed upon by the state. He added that businessmen and retail producers were not necessarily opposed to tax increases, a fact which has been made clear by representatives from a number of business and investment organisations during meetings with government officials. Such groups have repeatedly stated they would be willing to pay higher tax rates, as long as government officials clarified the means by which they would collect tax revenues and confirmed that all funds collected would go towards helping to promote social justice within Egypt.

He added that promoting the living standard of all Egyptians, not just low-income citizens, should also be a top priority of the government. Doing so, he said, would could be done by improving infrastructure, social services sector and governmental facilities, and by promoting environmental protection.

He went on to say that investors were not concerned with increased tax rates as much as the distribution and availability of sound infrastructure and service facilities to ensure the successful implementation of projects. To Rashad, businessmen viewed tax increases in exchange for improvements in security and government services as a benefit, not a burden.

Altering national tax rates would be vital in helping the country to secure its pending $4.8bn International Monetary Fund (IMF) loan, he believes, as it would help ensure that the international lender would recover its funds. Rashad pointed to the need for Egypt’s government to cut back on subsidy spending, a problem that has been building since the rule of the previous regime. Egypt has largely failed in this regard, he said, causing subsidies to expand rather than decrease. Many of these subsidies, he said, end up benefiting the rich and not the poor.

He pointed out that the government has been particularly reluctant to amend the country’s sales tax law, one of the primary conditions for securing the IMF loan. He blamed this on fears by government officials of a potential social and political backlash. He described the IMF loan as representing a sort of international stamp of approval and statement of confidence regarding Egypt’s ability to recover from its current economic crisis. The goal of repeated postponements in negotiations with the IMF, he said, was to wait to secure the loan until after the country’s upcoming election season. He warned though that concluding negotiations during this period will be more difficult than before, as the IMF push harder for reforms that the government will be unable or unwilling to implement.

He stated that every day in which reforms are not implemented erodes Egypt’s economy. New measures, he said, are needed to find additional sources of public revenue for the state budget, as opposed to simply raising taxes on low income citizens. He pointed to the possibility of raising taxes on the wealthy, and completing the process of privatisation, selling facilities at fair and just prices, avoiding the cronyism of the old regime.

Rashad said the large number of underutilised public facilities throughout the country were a burden to the government, which did not possess a clear policy to make use of such facilities. He suggested solving this crisis through increased privatisation in a way that guaranteed the rights of the state. Arbitration regarding such issues, he said, could be brought in front of the World Bank due to the social effect that increased taxes on low income citizens would have on the country.

He stated that problems experienced by businessmen with regards to the difficulties faced in obtaining credit and financing from banks to fund development projects was one of the many stumbling blocks that prevented growth within Egypt. Banks were reluctant to lend and provide funding for such projects due to fears regarding the future state of the country’s economy. Banks preferred to put their money in treasury bills, he said, since they carried less risk and provided investors with higher returns.

He added that the shortage of land available for construction was one of the primary factors that had contributed to slow growth in the country’s industrial sector over the last five years. Many land owners prefer to provide and allot land to specific companies as opposed to allowing open privatisation, he noted.

Rashad called for laws with a clear, unified governmental vision regarding land privatisation for promoting economic activity, particularly with regards to increasing the number of factories.

Regarding fuel shortages, he said decreased investment flowing into the energy-hungry industrial sector, in addition to laws requiring commercial retailers to close their shops at 10pm, have contributed to worsening the energy crisis. He stated that the looming summer increased the urgency with which this issue needs to be addressed.

He added that increased fuel shortages means the government should pursue alternative forms of energy, providing business incentives and facilitating investment in solar energy projects, in addition to seeking ways to increase the import of traditional forms of energy, such as coal, oil and liquid natural gas.

Rashad also spoke about Islamic bonds, saying EBA’s Investment Council supports the idea, viewing it as a necessary finance tool which could be used to increase investment for large scale development projects and heavy industry. The Investment Council has presented suggestions for such projects to the Shura Council’s committee on economic and financial affairs. Several proposals, he said, having been worked into new laws currently being drafted regarding the creation a ministerial Shari’a committee.

New laws being considered regarding this committee will stipulate that all new members must have at least three years experience working in Islamic-based committees and organisations. New laws may also allow for the chairman and vice-chairman of the committee to not be Egyptian citizens, a clause which has been the cause of much suspicion, especially considering that financing for the new law is expected to amount to billions of dollars.

Rashad also called for the creation of a central fund to help reduce risk for all bond projects, saying that creating individual funds for each bond project itself was not necessary. He pointed to the existence of a fund previously created to insure and protect financial securities owned by investors, whose total allotted capital has reached around EGP 1.2bn. Its role has so far been limited to providing subsidies and aid to investors in the form of financial securities, having so far made available only EGP 20m since its creation.

He added that any law that seeks to create such a fund should also help guard against risk encountered by bond dealers and encourage investment in the Islamic bonds sector.