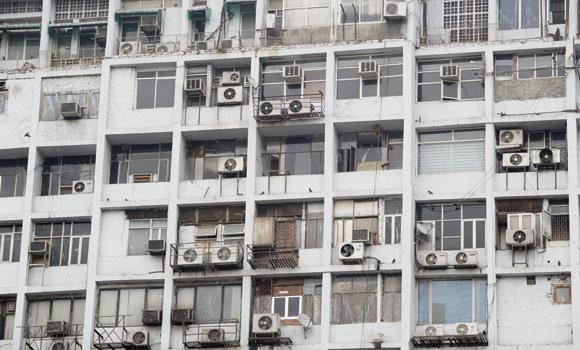 The Ministry of Industry and Foreign Trade is encouraging importers and producers to supply the market with more energy-saving air-conditioning units.

The decision comes amid a fuel shortage that has caused intermittent electricity blackouts across the country.

The ministry gave providers a one-year grace period to supply household energy efficient air conditioners, according to a press statement issued yesterday by the ministry, in an attempt to bring down pressure on electricity grids which peaks in the hot temperatures of the summer season.

“The temperature of these air conditioners should not drop below 20C and not to exceed 28C,” said the report.

“The aim of this decree is to raise the efficiency of units in the market and to provide energy-saving units,” Industry Minister Hatem Saleh stated. He added that the decision is part of the nation’s efforts to ration energy consumption.

“We held many meetings with local producers, importers, Ministry of Electricity representatives and other concerned authorities to put solutions for rationing techniques,” he said, which led to the formation of a specialised unit called Efficiency and Energy Rationing Unit (EERU) whose aim is set the criteria for energy-efficient household equipment, tools and gadgets.

Egypt, who has been grappling with a flailing economy for more than two years, is set to receive a grant of five liquefied natural gas shipments from Qatar this summer to help the cash-strapped nation meet soaring energy consumption as foreign cash reserves wear thin.

The General Authority for Government Services (GAGS) at the Ministry of Finance called on all government institutions to join the state’s quest to energy consumption by using energy-saving light bulbs.

“We aim to promote the efficiency of both imported and locally produced air conditioners that will be traded in the Egyptian market, and these units are coping with the ISO standards,” said Hassan Abdel Meguied, GAGS head, in a press release.

Welcoming the decision, head of the importers division of the Cairo Chamber of Commerce, Ahmed Sheha, said the decision is doable. “Since the market is already saturated with both regular and energy-saving air conditioning units, a one-year grace period is fair enough,” he said. “It should be easy to start importing the new units,” he said.

Sheha did, however, doubt the seriousness of the move, saying it “is mostly propaganda,’’ adding that many countries have already adopted similar measures.  Regarding prices of new air conditioners, he said the energy-saving units will not be much pricier than regular ones.

“The ministry is planning to also fight corruption in slums and other areas where people illegally consume electricity,” he said.

Is energy-efficient Germany out of our league?