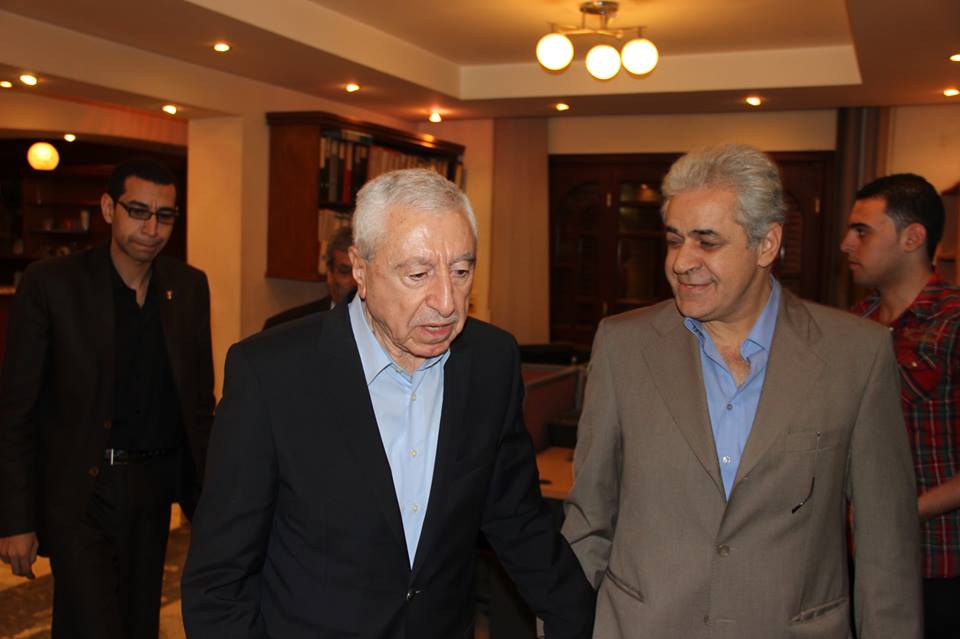 Al-Tayar A-Sha’aby leader Hamdeen Sabahy met with Secretary General of the Democratic Front for the Liberation of Palestine (DFLP) Nayef Hawatmeh in Cairo on Monday to discuss Palestinian, Syrian and Egyptian affairs, according to a statement issued by Al-Tayar Al-Sha’aby.

The attendees of the meeting stressed their opposition to international intervention that they believe attempts to discredit the international recognition of the state of Palestine by the United National General Assembly in 2012.

Sabahy and Hawatmeh also affirmed their opposition to any attempts at political negotiations that ignore international recognition of Palestine as well as the use of some of the Islamist governing powers to pass decrees that fulfil Israeli national security goals.

The two groups also stated that the solution to the Syrian crisis is to support the Syrian people on their path to democracy, integrity and respect for human rights by initiating a national dialogue calling for the unity and equality of all citizens regardless of their affiliations, as suggested by Sabahy and Hawatmeh.

Both parties rejected attempts by international and regional communities use the revolutions in Syria, Egypt and other Arab countries to serve their own political agendas.

“Sabahy stressed the importance of [demonstrations planned for] 30 June in continuing the progress of the 25 January Revolution and fulfilling its goals that the Muslim Brotherhood has turned against,” read the Al-Tayar Al-Sha’aby statement.