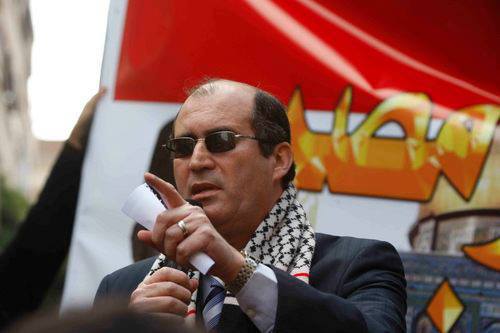 The Damanhur Prosecution ordered on Sunday the detention of 11 accused of attempting to break into the home of MP Gamal Heshmat.

The Shura Council member and Freedom and Justice Party (FJP) leading figure reported on Friday that his home was attacked by protesters from opposition parties and Tamarod movement.

The attack was alleged to be a response to Muslim Brotherhood attacks against opposition protesters on Thursday.

Protesters pelted the house with stones and destroyed the main gate of Heshmat’s home as well as his car and the car of one of his neighbours, according to state-run news agency MENA.

A delegation of investigators examined Heshmat’s home and listened to testimonials from eyewitnesses and neighbours who stopped the protesters from breaking into Heshmat’s home.

The prosecution referred two of the arrested to health inspection to be able to determine their age and deliver minors to their parents.

The office of Heshmat as well as the FJP in Beheira released statements on Friday condemning the attacks.