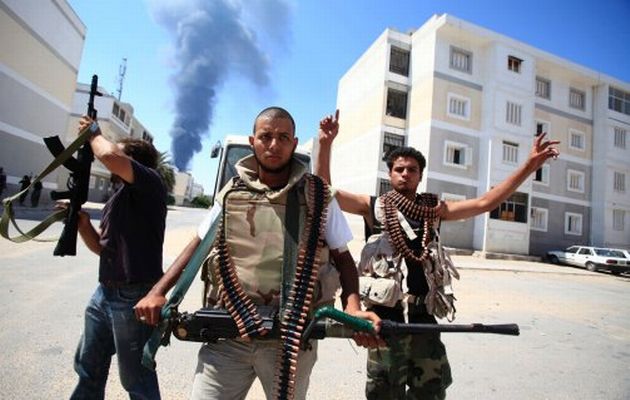 AFP –  Britain is temporarily pulling out some staff from its embassy in the Libyan capital Tripoli due to security concerns over recent political unrest, the Foreign Office said on Friday.

“Given the security implications of the ongoing political uncertainty, the British embassy is temporarily withdrawing a small number of staff, mainly those who work in support of government ministries which have been affected by recent developments,” a spokesman said.

“The embassy is open as usual, including for consular and visa services.”

The political crisis in Libya has been sparked by former rebels besieging two government ministries.

The gunmen surrounded the foreign ministry on April 28 and the justice ministry two days later to demand the passing of a law excluding collaborators of slain dictator Moamer Kadhafi from holding government posts.

Britain, France and the United States issued a joint statement on Wednesday calling on “all Libyans to refrain from armed protest and violence during this difficult time in the democratic transition”.

Britain and France led the creation of a NATO no-fly zone in Libya in 2011 when the rebellion against Kadhafi began.