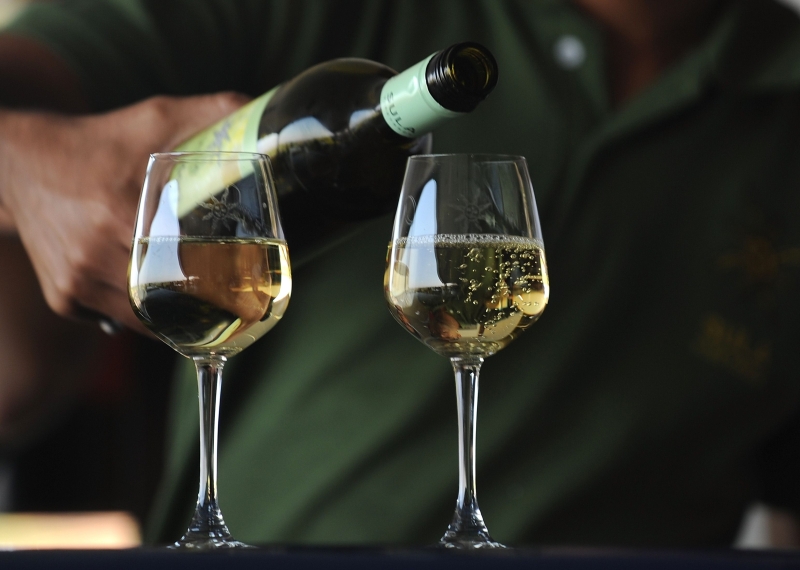 Last week, the Les Rois hotel in Hurghada opened to the sound of breaking glass as bottles of alcohol were smashed in celebration.

The hotel was touted as Egypt’s first non-alcohol serving hotel, but the move has some recent precedents. When Abdul Aziz Al Ibrahim, a Saudi businessman who bought the Grand Hyatt Hotel in Egypt, prevented alcoholic drinks from being served at one of Downtown Cairo’s major luxury hotels, the move sparked some debate, spurring former tourism minister, Zuhair Garana, to threaten to cut the hotel’s ranking from five stars to two.

The owners of Les Rois have decided to not serve any alcohol to tourists at the hotel, in order to promote “a new kind of tourism”.

The hotel administration has also announced it will not be providing any services which violate Islamic Sharia law.

It will also be allocating a floor for women only, complete with female security guards, which will include a swimming pool, a restaurant, and a dance lounge.

The hotel owners said that the hotel earmarked the fourth floor as a women-only space because it overlooks a mountainous area, reducing the risk of violating “female modesty”.

Statistics released by Egypt’s Chamber of Commerce highlight that since the outbreak of the 25 January revolution, occupancy rates have decreased by 50% for Egyptian hotels and tourist resorts, leading some within the industry to promote the construction of ‘Islamic’ hotels in an attempt to attract more Arab tourism.

Egypt hosted 14.7 million tourists in 2010, reaping $12.5bn in revenue, with those numbers dropping after the outbreak of the January 25th revolution to 9.8 million and $8.8bn respectively.

These numbers improved throughout 2012 to 11.5 million tourists and $10bn in revenue.

The hotel, located in the south-east of the Red Sea province and owned by a number of Salafi businessmen, has come as part of an attempt by some to ‘Islamise’ Egypt’s tourist industry. The hotel does not allow for the sale or consumption of alcohol on its premises, and has also set aside separate male and female swimming pools to be used by guests.

Executive Director of Les Rois Abdel Baset Amr said that the hotel hoped to attract “a new kind of tourist”, specifically those coming from Saudi Arabia, the Gulf and other parts of Egypt. “As the number of tourists coming from Europe has dropped,” he explained, “we need to replace those numbers with tourists from other Arab countries.”

Hesham Zazou, Egypt’s Minister of Tourism, stated on Sunday during a press conference in Dubai that so far 3 million tourists had visited Egypt during the first quarter of the 2013 fiscal year, a 14.6% increase compared to the previous year.

“The hotel is for all tourists of various nationalities including Egyptians, both Muslims and Christians,” he said.

Amr said that he would not prevent any tourist from bringing their own alcoholic drinks with them. Moreover, the hotel allows men and women to mingle in private room.

In response to the move, Zazou said: “The hotel’s administration is aware that by forbidding the sale of alcohol the Ministry will be forced to drop their overall star rating.”

He added, however, that the Ministry was yet to receive any response from the hotel itself.

Deputy Chairman of the Chamber of Red Sea Hotels Hani El-Shaer has said that he has already submitted a request to the Ministry “to cancel star rankings based on alcoholic drink services”.

“Ranking may depend on hygiene, service, well-trained staff, the etiquette of delivering orders to tourists, the hotel structure, green areas, a health club and other criteria,” he said. “Not serving alcoholic drinks should no longer be considered a drawback.”

However, he said he did not like the Les Rois being referred to as an ‘Islamic’ hotel, “because it means that the rest of our hotels and resorts are somehow less Islamic. Furthermore, some hotels in Europe ban smoking, which is also prohibited under Sharia- are they therefore any more Islamic?”

According to a Ministry of Tourism source who wanted to remain anonymous, the Ministry will be “reviewing standards and determinants of star ratings in order to cancel the requirement for hotels to provide alcoholic drinks for guests in order to maintain a certain rating”.

“The new terms will require the hotel to obtain a high score for their bars without specifying the quality of goods or type of drinks provided for guests there,” he explained.

El-Shaer believes that tourists staying at hotels which do not serve alcohol would have no problems finding it in nearby bars or nightclubs, and that he therefore did not believe occupancy rates would fall following the introduction of more non-alcohol serving hotels.

“Hotel occupancy is based mainly on the good management of a hotel,” he emphasised.

The controversy surrounding this hotel, he said, is simply due to timing “since we are living under the rule of the Muslim Brotherhood”.

He also said he believed there were up to ten other hotels in Hurgada that do not serve alcoholic drinks.

“In Egypt there are around 4,555 restaurants,” he continued. “Only about 20% of them serve alcoholic drinks.”

He added the owner of the hotel has declared that it is not an Islamic hotel, but he does not want to be financially involved with any act violating Islamic Sharia.

Zazou has previously said that the Ministry of Tourism is considering issuing licences for the establishment of Islamic hotels to attract a cluster of Egyptians and Arabs from neighbouring countries.

Khaled Said, spokesperson for the Salafi Front, said that the Les Rois was “a good sign” and that his group hoped it would be “a successful experiment”, and one that will “hopefully be repeated again”.

“The West respects those who respect themselves,” he said to media outlets.

Economist Ayman Al-Farouk, who is also a member of the Salafi Al-Nour Party, said that the new hotel and “this new kind of tourism” will “show the whole world how to respect us”.

He explained that such initiatives would be aimed at specific groups of Muslim tourists in Middle Eastern countries, mainly Dubai and Turkey.

A video posted on YouTube shows hotel managers celebrating the launch by smashing bottles of alcohol and pouring out their contents.