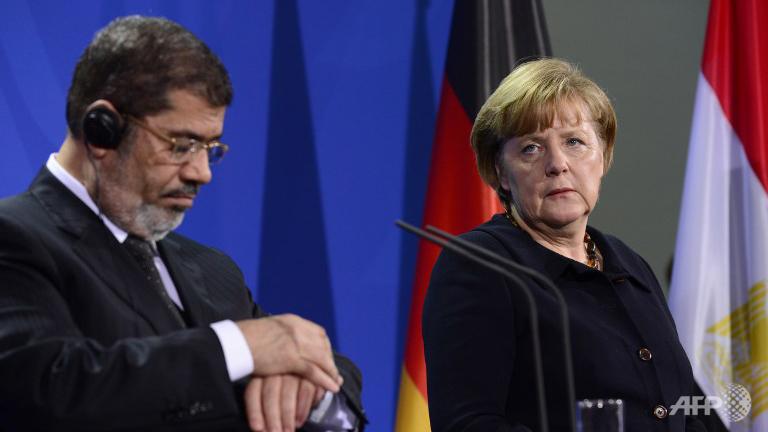 Minister of Planning and International Cooperation Ashraf Al-Araby signed a €165m financial and technical cooperation agreement with German Ambassador Michael Bock in Cairo on Sunday “in order to enhance bilateral relations”, confirmed Magdi Al-Sayyed from the German Embassy in Cairo.

Al-Araby emphasised the importance of Germany’s role in “supporting the Egyptian economy, and being a major development partner to Egypt”.

In 40 years, cooperation between the two countries has totalled €5bn for financing development projects.

Another €25m will be allocated for energy use and the construction of the Assiut Aqueduct.

Some €50m will be allocated for electric power stations, in addition to €10m for a programme to improve potable water and sanitation.

Al-Araby pointed out that the agreement aims to provide €7.7m in the form of technical aid and financial contributions for a number of projects.

These include a €2.5m civil participatory programme in urban regions, a €4.17m private sector programme, and a €1m women’s rights support programme.

Development projects planned between the two countries were put on hold in December 2012 by Germany, due to a wave of political unrest in Egypt sparked by a referendum on the first post-revolution constitution.

The German ambassador said that Egypt should “get the technological means it deserves”.

Al-Araby added that Germany has allocated €80m as the first phase of the program, with €22.4m to be used in financing a students’ school feeding programme, in addition to €22.3m allocated for building schools in Assiut and Sohag.

German Development Cooperation Minister Dirk Niebel decided in mid-December 2012 to cancel governmental negotiations between Egypt and Germany on development and cooperation projects as well as postponing the implementation of Germany’s decision to swap Egypt’s debt, estimated at €240m, for an indefinite period.

During President Mohamed Morsi’s visit to Berlin in January, German Chancellor Angela Merkel said that the availability of German aid is related to political reform and democracy in Egypt.