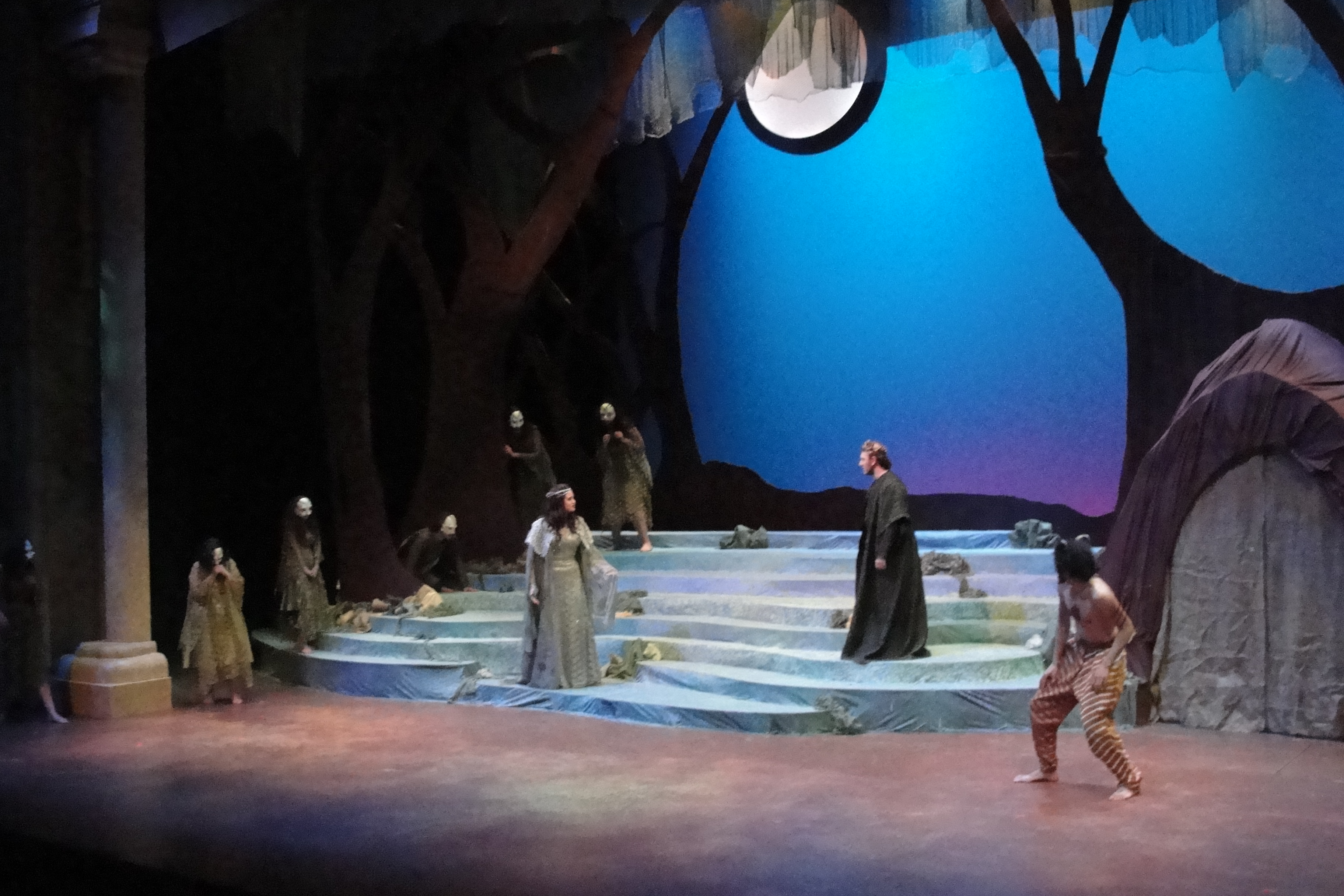 For many, a sentence containing the words “Shakespeare” and “university” brings to mind nightmares of long monologues in iambic pentameter and tedious essays on symbolism. However, there was nothing dull about the American University in Cairo’s (AUC) dreamy production of the Bard’s most accessible play.

Director Mark ‘Coach’ Mineart and his crew of 160 students called on the audience to embrace the absurd in a sidesplitting rendition of A Midsummer Night’s Dream at the Malak Gabr Arts Theater. The enchantingly simple set and whimsical fairy costumes set the scene well, but it was the excellent cast of confounded lovers, naughty fauns, and talking moons with pet dogs that brought the show to life.

Things got off to a slightly shaky start in the opening scene, which consisted of a few too many mumbled lines and views of the actors’ backs, but the mischievous Puck, played by Yacoub Masri, saved the performance with some much-needed energy in the second scene. The graduating senior could not have played the part better, leading the audience on a merry romp that kept them laughing through all five acts.

Watching the lovers play ring-around-the-rosie was certainly entertaining but the night belonged to the Rude Mechanicals whose unrestrained silliness in the second act would have had Shakespeare himself rolling on the floor. Omar Kamal’s cross-dressing in the role of Thisbe was just the right mix of outrageous and goofy, with his high-pitched voice and occasionally malfunctioning cleavage. Wall, Lion and Moonshine captured the playwright’s wit and dry humour perfectly in their Inception-esque play-within-a-play.

But Hussein Seif El Nasr, playing the loveable Bottom, was the indisputable star of the evening, improvising half a dozen different deaths in the play’s final scene, each more absurd than the last. Although the Duke of Athens was decidedly unimpressed with the performance, the troupe of aspiring actors won the audience’s approval without a doubt, bringing a great production to a rousing end.

Sponsored by the AUC theatre department, A Midsummer Night’s Dream will be staged until 23 April. Though the trek all the way out to New Cairo might seem daunting, it is absolutely worth your while to enjoy some 16th century humour you are unlikely to find elsewhere.