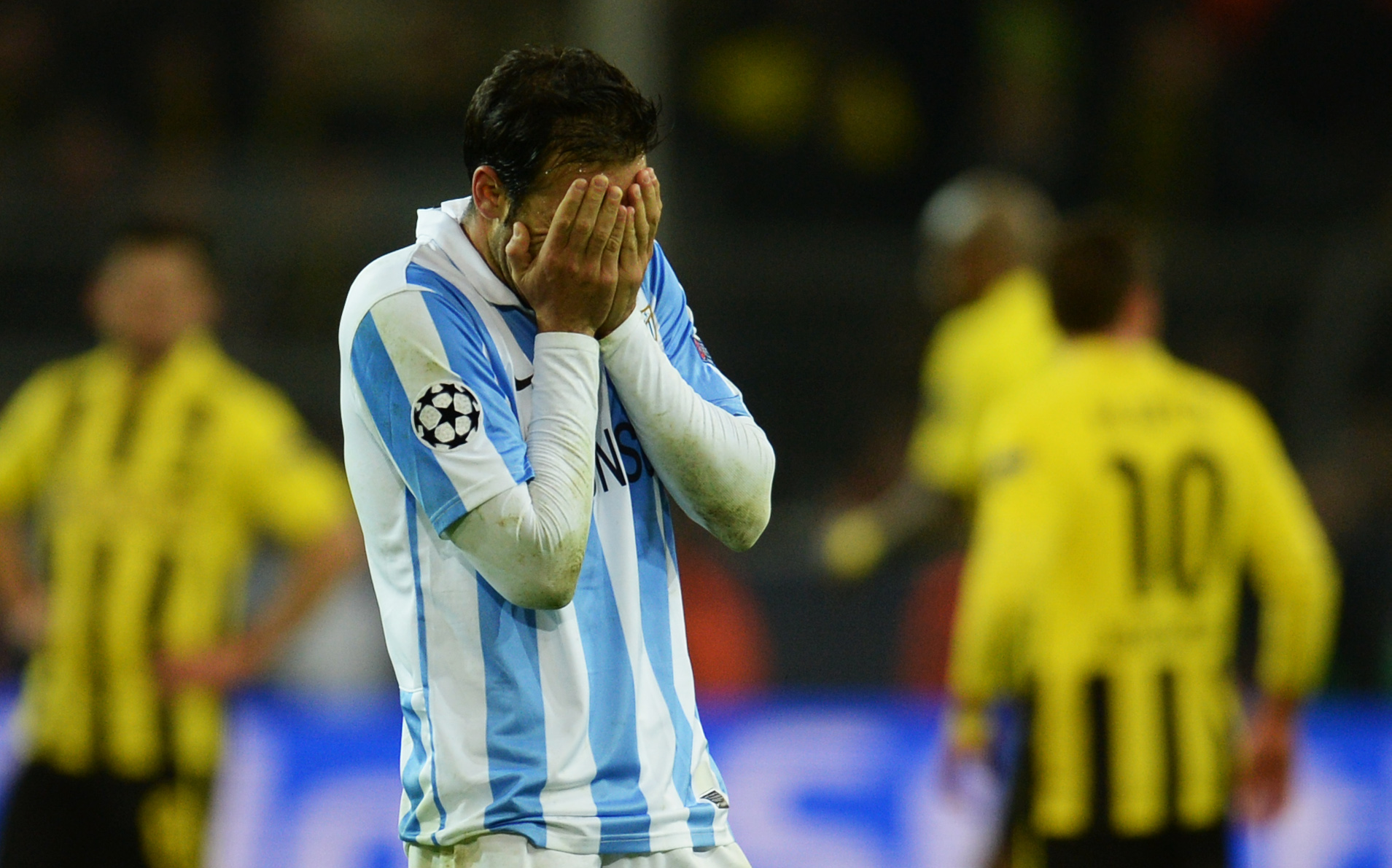 Felipe Santana and Marco Reus grabbed a goal apiece in injury time for a dramatic finish, securing Borussia Dortmund’s victory over Malaga and moving on to the Champions League semi-finals.

Malaga’s Joaquin opened scoring in the 25th minute, firing in from just outside the penalty box. Ten minutes before half time Robert Lewandowski leveled the score with assistance from his teammates.

Eliseu tapped in from three yards late on what seemed to be the match winner for Malaga. Replays, however, showed him as offside, though Dortmund’s two late game-saving goals were also scored from offside positions.

Real Madrid secured their spot in the Champions League’s semi-finals with two decisive goals from Cristiano Ronaldo, in the match that ended 3-2 in favour of Galatasaray. However, Madrid progressed winning the tie 5-3 on aggregate.

The first leg of the cup’s quarterfinals was hosted in Real Madrid’s Santiago Bernabeu, which witnessed an easy 3-0 victory for Real Madrid.

Ronaldo needed only seven minutes to score the match’s first goal, which maintained his position as the cup’s top scorer with nine goals. The first half ended as 1-0, keeping Real Madrid 45 minutes away from the semi-finals.

Galatasaray entered the second half with different spirit, controlling the game among thousands of screaming fans. Emanuel Eboue struck Diego Lopez’s net after twelve minutes, granting Galatasaray an equaliser. Turkish dominance continued as Wesley Sneijder scored the second goal for Galatsaray in the 71st minute. Didier Drogba got his team closer one minute later, scoring goal three and turning the first half’s 1-0 into 1-3. Drogba was denied a second goal for being offside.

Jose Mourinho’s team regained control of the match in the final 10 minutes, which ended with Ronaldo scoring his team’s second goal in the beginning of the injury-time, the goal that ended Galatasaray’s hopes of knocking Real Madrid out and secured his position as the cup’s top scorer with 10 goals.