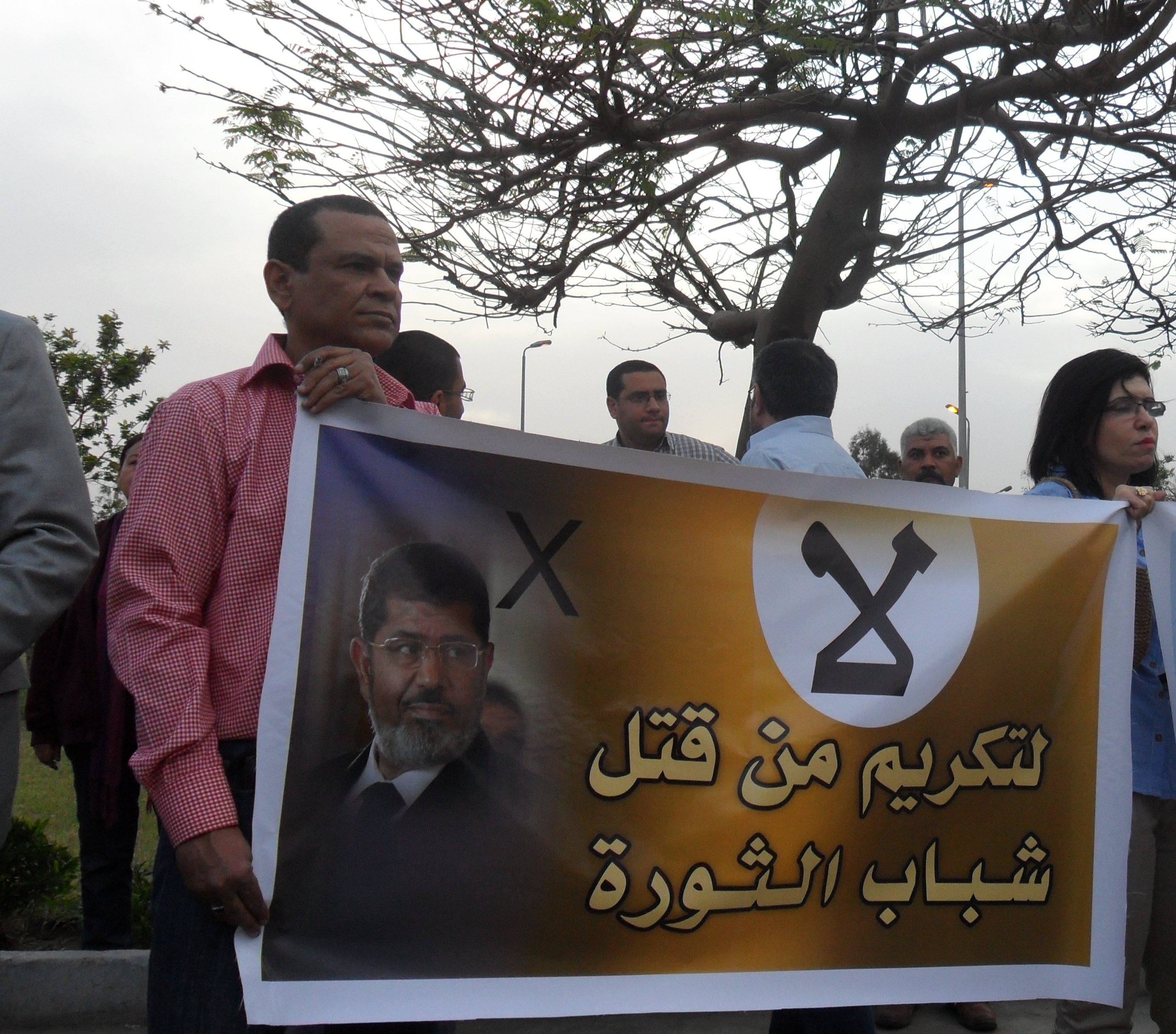 The Al-Dostour Party called on Egyptian engineers to participate in a protest rejecting President Morsi’s appearance at the celebration.

A few protesters gathered in front of the conference centre rejecting the association’s invitation to Morsi, who was an engineer before becoming involved in politics.

They held banners accusing Morsi of killing protesters and holding him responsible for deteriorating economic and political situation in the country.

“We reject honouring a president whom we consider illegitimate” said Refaat Al-Bayoumi, a founding member of the Engineering Association’s Independence Current.

He added that engineers are protesting against the president and the association’s board, members who belong to the Muslim Brotherhood.

Members of the Association’s Independence Current, the Al-Dostour Party, the Al-Tayar Al-Shaaby, and non-partisan engineers participated in the protest.

“Morsi is here to be honoured by the association and to give a speech, I’m wondering what he’s being honoured for,” said Nehal Fathi, a founding member of the Al-Dostour Party and an engineer.