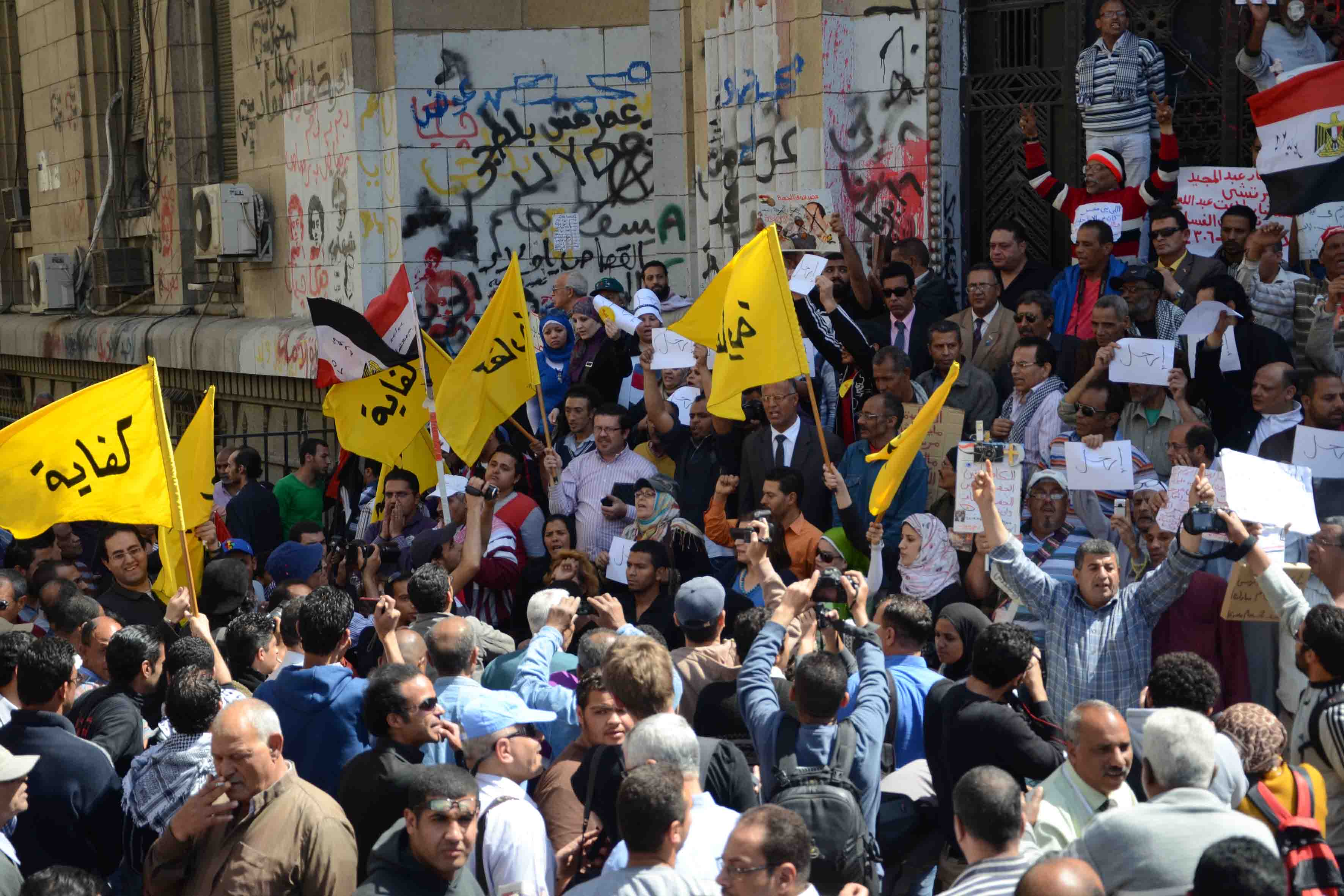 Opposition groups gathered outside the High Court building on Friday after prayers, calling for the removal of Prosecutor General Tala’at Abdallah.

Hundreds of protesters chanted against President Mohamed Morsi and Abdallah, who was unilaterally appointed by the president in November.

Abdel Fattah said that the difference in the judiciary’s reaction to clashes at the presidential palace in December and violence in Moqattam last Friday proved his lack of independence.

“The system works in favour of the [Muslim Brotherhood] only and not for all the Egyptian people. We need a prosecutor general appointed by the judiciary to ensure his independence.”

The High Court building, which is normally guarded by Central Security Forces, did not have a visible security presence outside the premises. However, the Interior Ministry stationed personnel inside the building as a precautionary measure.

The National Salvation Front (NSF) condemned Morsi for continued unrest and bloodshed in the country. A statement from the opposition group called on the president to adhere to the rule of law and halt ongoing “attacks” on the judiciary, as exemplified in his appointment of Abdallah to prosecutor general, which the NSF considers to “undermine the rule of law”.

The group called for the implementation of the Cairo Court of Appeals’ Wednesday verdict. The court overturned Morsi’s decision, issued as part of his November presidential decree, to dismiss Abdallah’s predecessor Abdel Meguid Mahmoud.

The presidency and the State Litigation Authority both said they would wait for the verdict memo of the ruling before filing an appeal.

The office of the presidency said Morsi met with advisors on Thursday to discuss a number of issues, including the Cairo Court of Appeals’ ruling on Wednesday.

The NSF has called for the legal appointment of a new prosecutor general through the Supreme Council of the Judiciary as one of its demands before participating in elections and engaging in dialogue with the president.

The front also condemned statements made by Morsi following clashes in Moqattam last Friday, blaming him for threatening to arrest opponents and members of the media.

The group alleged that Abdallah was working under the Muslim Brotherhood’s agenda, as demonstrated by the order for the arrest of different activists this week.

The NSF pledged its commitment to peaceful demonstrations, saying that the Shura Council was attempting to curtail those rights by passing a protest law, seen by domestic and international observers as infringing on the right of peaceful assembly.

The opposition group said it would continue to work across the country, in addition to providing legal aid to activists being investigated.