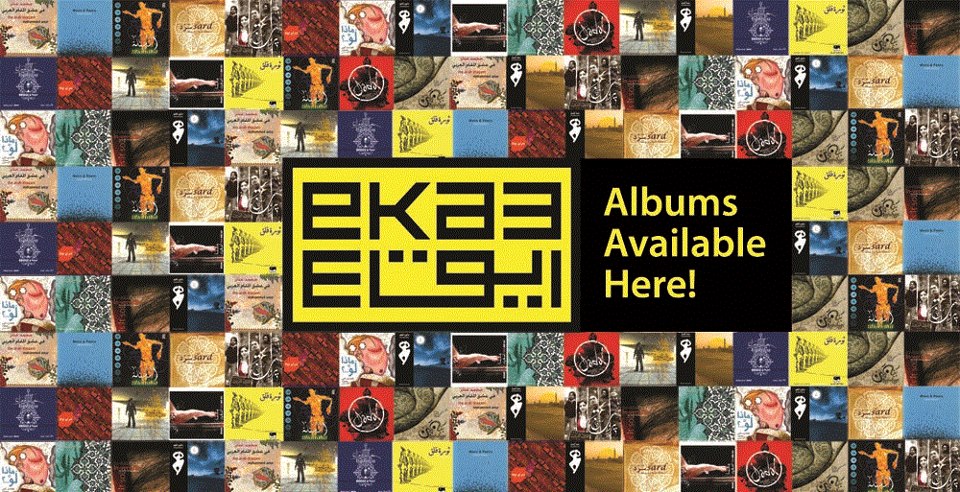 Independent artists often have a tough time carving their way to the top, or at least ceasing to be anonymous. Between creating a brand for themselves, making an album and being present for the fans (if there are any), artists find themselves spread very thin.

In addition, all the administrative and logistical work means less time focusing on their art. It is no wonder so many artists just throw in the towel. The Egyptian company Eka3 was founded by Tamer Abu Ghazaleh to help independent artists overcome these issues.

“I had the idea for Eka3 when I noticed that, as an artist, I had to do everything myself; from album production to concert booking and organising to everything else.

I also could not promote myself because, simply, I do not like to promote myself, and it should be someone else’s job. In parallel I noticed that the existing industry in the Arab world does not take into consideration any kind of music other than the [kind of] music it is used to, which is mainly pop music of a certain style and image; nothing else,”  Abu Ghazaleh said.

“Given those two points, I began to research how the industry works around the world and came to the conclusion that this region needs an industry dedicated to independent music, and that we need to make it happen ourselves, as independent artists,” he said.

The company’s name, “Beat” in Arabic, is aptly placed. Abu Ghazaleh explained: “An old friend and genius designer called Ahmed Foula came up with this name. I had told him I was working on this new organisation and he sent me his idea for the name and logo.”

Eka3 has plans for the whole music scene in the Arab world: “Our mission is to reshape Arabic music; to grow the independent music scene as wide as possible until it becomes parallel to mainstream music,” Abu Ghazaleh said.

So, what type of music does Eka3 look for? “We look for original, fresh Arabic music that has a special sound, a unique artistic statement and the will to develop its music maturity to the highest level possible. Our signed artists vary from one area to another, as we work in very different locations, and across those different areas we have worked with a lot of young and established independent artists. Artists we worked with include Maryam Saleh, Jadal, Adonis, The Choir Project, Like Jelly, Massar Egbari, Aziz Maraka, Joelle Khoury, Darwasha, among many others,” Abu Ghazaleh said.

The company also wants to develop the critical sense of the musical community: “We have recently launched the website Ma3azef, which is an online magazine that specialises in hardcore music criticism. We felt that we need a platform for serious critics in our music scene, whether for mainstream or independent music, and this is one of the steps that I feel are very important in further developing the region’s music quality, if it fulfils its vision properly,” Abu Ghazaleh explained.

And what about Eka3’s future plans? “An upcoming new production is Kareem Abo Raida, one of the most unique voices I have ever heard in my life. I am really looking forward to the release of his first single and music video in the coming days,” Abu Ghazaleh said.