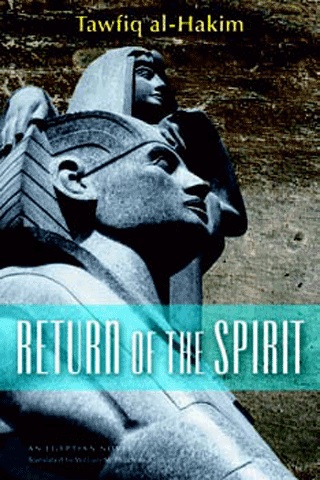 A novel that explores the underworld of Egypt

The description of the novel promises much which is seldom talked about, at least not on paper, in Egyptian society. Sex, drugs and rock ‘n roll is introduced to the narrator’s life by a girl he meets on Facebook. Atheism and Satanism, love and betrayal and the failure of family to bring the main character back into the fold are a few of the heavy topics of this novel.

At some point everything comes to a head and the hero falls into the hands of state torturers: a topic that for a long time was considered imprudent to talk about, to put it mildly.

Return of the Spirit

Return of the Spirit was first published in 1933 and tells the tale of a young Egyptian and his family. The story ends during the 1919 revolution which the author considered to be the time when the Egyptian spirit was formed. The novel was very popular among the regime during the 1952 revolution because of its description of nationalism and solidarity, which did not endear it to other Egyptian readers. The 25 January revolution has made this classic as relevant as when it was first published.

The History and Religious Heritage of Old Cairo

Its Fortress, Churches, Synagogue, and Mosque

An illustrated view of how religion was celebrated when Cairo was young.

Old Cairo stands as a silent witness to the religious diversity that characterised the city in days long past. Christian, Jewish and Muslim sites of worship share the same part of the city, showing clearly that they share a common Egyptian heritage.

In this new book the authors describe the history of the synagogue and the texts found there showing many details of life in Cairo at the time. They explore the Coptic churches, among the oldest in the world, and describe the arrival of the Muslims and the building of what is now the oldest mosque in Africa.

Breathtaking photos from Sherif Sonbol take centre stage and illustrate the beauty of this unique, ancient part of Cairo.

By Dominique Navarro with Richard Hoath

This foldout is the perfect companion for nature travellers in Egypt

Many people do not know that Egypt has a wealth of wildlife living in the deserts and around the Nile. This new foldout guide shows in full colour the plethora of different flora and fauna that can be found in popular travel destinations around the country.

The foldout map is water resistant and much is explained about the animals and plants in full colour drawings, informative text, and easy to follow maps.

A general map of the country is included, showing areas teeming with wildlife, an overview of palms and plants, mammals, reptiles and amphibians, insects and invertebrates, and fresh-water Nile fish.