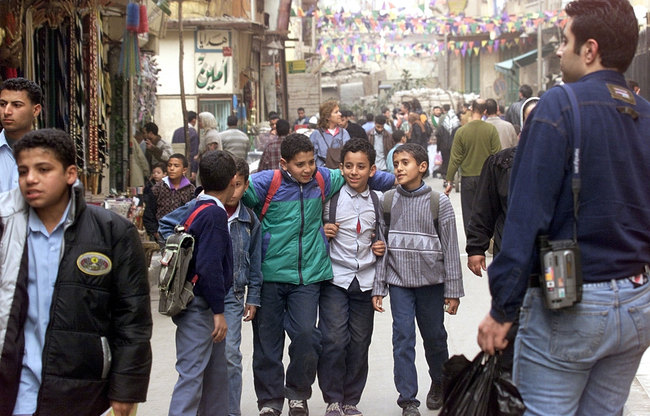 The Independent Teachers Syndicate organised a conference at the Trader’s Syndicate entitled “Defending the rights of teachers with contracts and new recruits’’ to discuss the problems of teachers working for the public sector.

Though initially scheduled to participate in the conference, lawyer and former presidential candidate Khaled Ali could not speak at the event as a result of an injury sustained during the Moqattam clashes on Friday.

Moghith criticised the very low salaries given to public schools teachers, and the education syndicates’ performance in dealing with teachers with contracts and new recruits. He insisted that solving the teachers’ issues should be a priority to the state.

He suggested adapting to modern professionalism for teachers with permanent contracts, and having proper communication between the Ministry of Education and public school teachers. “The ministry can raise wages and ask teachers to do research and case studies on students,” he added.

El Beyali accused the state of supporting the privatisation of education in Egypt by halting social services, reducing the general budget for education, and exempting new private schools from paying taxes for three years.

Among a list of suggestions, El Beyali insisted on the need to make education the country’s first priority. He added that there is a need to return to centralisation so as to provide equality for teachers in different governorates in terms of hiring and resources.

El Beyali also asked the government to increase the fees collected from publishing external studying books to support the education budget of the Ministry of Education and to issue a decision to reassign graduates of education colleges according to their specialisation, noting that the union will seek in the coming period to reunite all contracted and newly recruited teachers in one union to represent them and defend their rights.