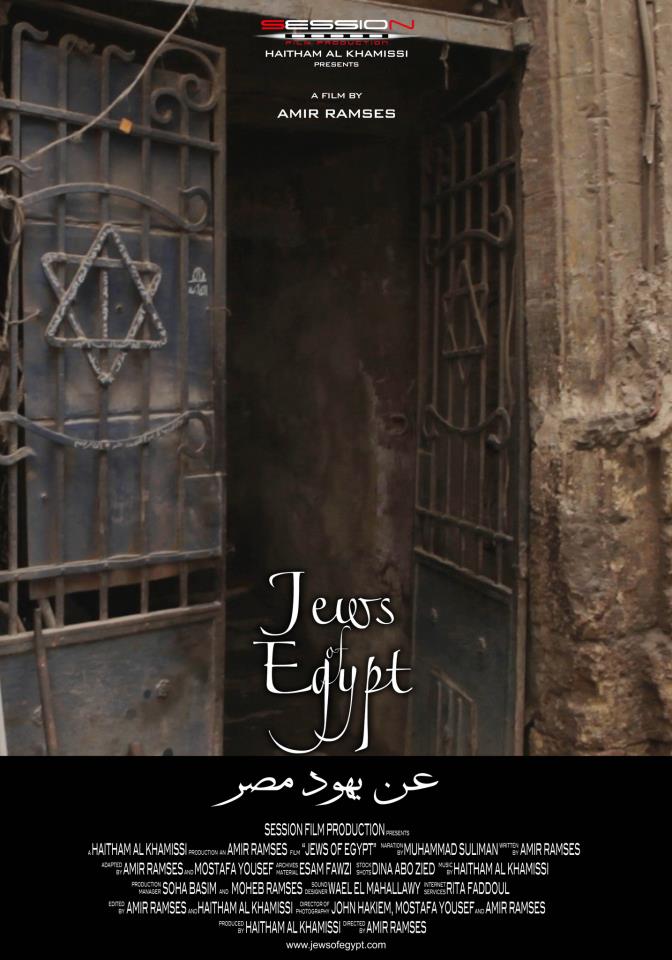 Jews of Egypt, a documentary film by Director Amir Ramses and Producer Haitham Al Khameesy was banned by Egyptian National Security on Tuesday 12 March. The film explores the exodus of Egyptian Jews during the 1950s and shows one-on-one interviews with exiled Jews who recount their deportation.

The film was set to be shown commercially on Wednesday 13 March across cinemas in Cairo, but after obtaining the proper license Al Khameesy was shocked to learn of the sudden ban of the movie.

The producer issued an official statement regarding the ban on social media websites. Ramses was enraged by the decision and posted on his Facebook page: “Someone give me the address of the Homeland Security building. I will get a projector and speakers and I will screen the movie on their own building.”

“Yesterday 11 March I was surprised to hear from the Head of the Egyptian Censorship, Dr Abd El Satar Fathy, while I was at his office that the minister of culture asked for a copy of the film,” said Al Khameesy in his statement.  He also mentioned in the statement that Dr Fathy told him that the demand for the copy had nothing to do with the film’s license renewal.

The film was allowed a screening license initially in September 2012, and then was given an export license in December 2012. Hence, the documentary was approved twice. The production company, Sessions Film Production, even applied for the renewal of their license in February 2013. Al Khameesy posted pictures of both licenses online.

“Next day [12 March], while visiting the Head of the Egyptian Censorship, he apologised to me and told me that a security authority requested to view the film before renewing its screening authorisation regardless of the previous censorship approvals to screen it and export it,” said Al Khameesy who intends on filing a lawsuit against the Ministry of Culture and Homeland Security.

“What happened is a legal farce. What sort of legal power does Homeland Security have to ban the movie? A security apparatus is infringing on the territory of the Censorship Institution,” Ramses told Daily News Egypt. He added that the official reason behind the ban, as they were told, is that “the screening of the film threatens national security”.

Regarding the licenses, Ramses said: “This is just an administrative procedure, not a legal one [since the film was already approved twice].” He confirmed that they will be pursuing legal action. “This action has caused damages to the film and we will demand compensation.”

Despite the outcome, the director was confident his film would be shown in Egypt: “You will see [the film]. We will screen the movie abroad and in Egypt despite the ban. When I come back [from New York] I will screen the movie on the Homeland Security building.” Ramses added that the movie has been requested in many international film festivals and will be screened in London soon.