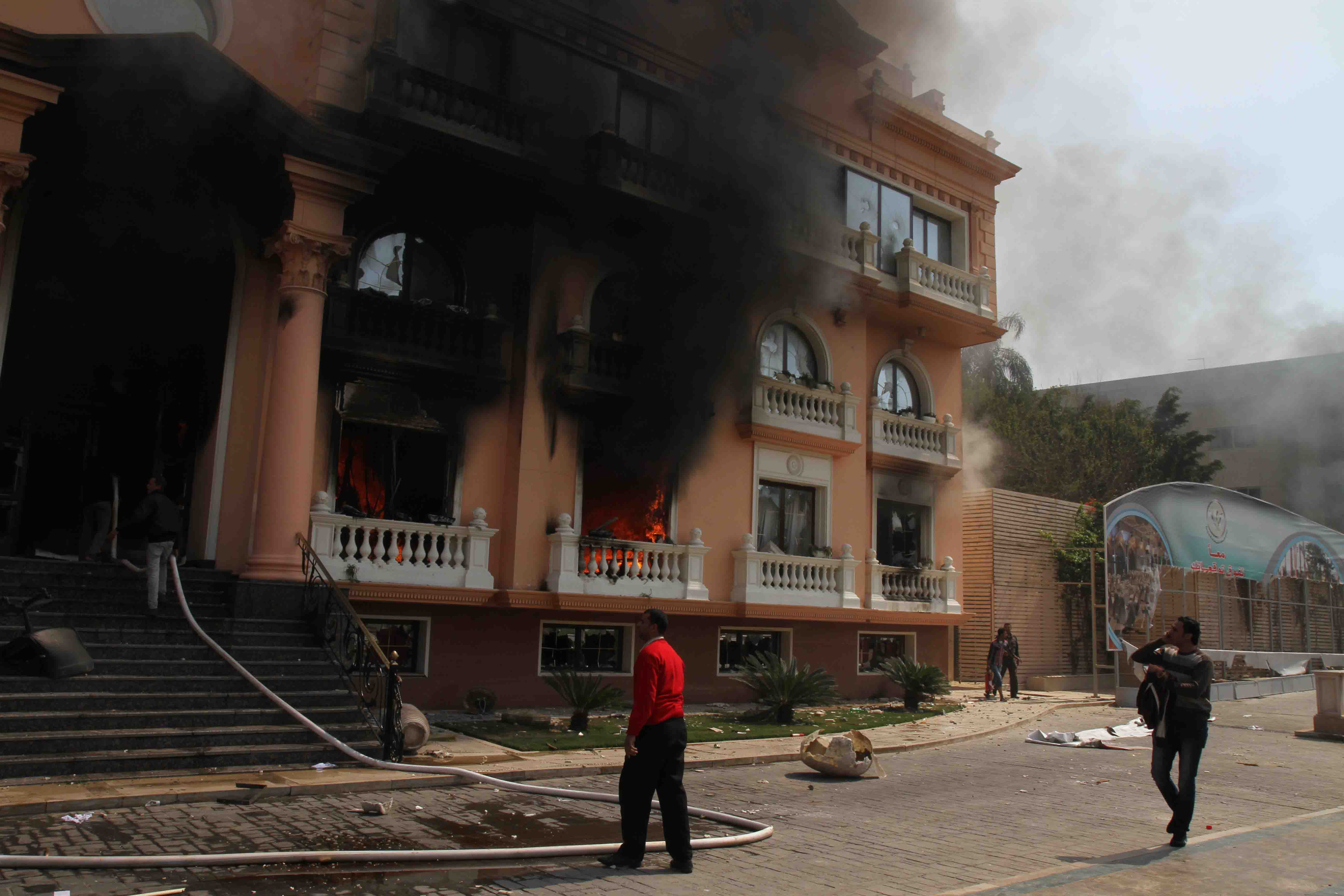 Ultras Ahlawy, fans of Al-Ahly football team, gathered at the team’s club in Gezira on Saturday morning ahead of the verdict for the Port Said Football Stadium Massacre case, in which 21 defendants were sentenced to death. Thousands of members of the group assembled in front of the gates of the club.

Some Ultras stormed the Police Club and the Egyptian Football Association’s (EFA) headquarters, located near the club and set the buildings on fire.

The EFA announced that it is suspending football-related activities until further notice following the turmoil that left its offices in flames, reported state-owned Al-Ahram.

Hundreds of Ultras marched across 6th of October Bridge and back towards Al-Ahly Club through Qasr Al-Nile Bridge later in the afternoon. The group chanted songs commemorating the 74 members killed in February 2012 in Port Said Stadium as they set off flares and blocked traffic.

The Ultras’ leadership released a statement following the verdict, saying that the masterminds behind the massacre were yet to be brought to justice and represented the most important element that was behind the attack.

“We will not be satisfied with only verdicts against hired perpetrators and criminals and only two from the ‘dogs’ of the Interior [Ministry],” read the statement.

The military utilised its own helicopters in an effort to extinguish the fires in the Cairo island of Gezira and managed to control the fire by Saturday afternoon with the help of fire fighters.