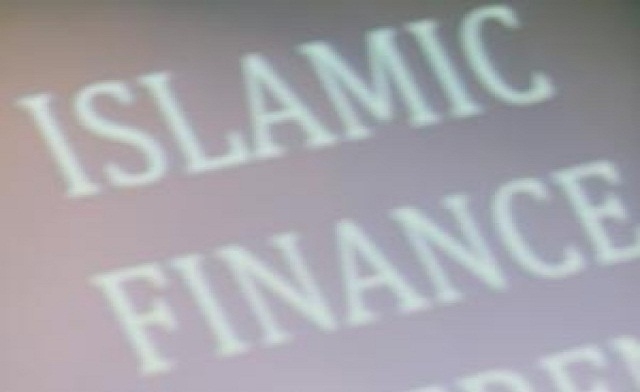 By: Mohamed Azab and Fahd Omran

Leaders within the takaful insurance industry, a Sharia-compliant for of insurance services, have predicted continued high rates of growth within the sector ranging between 15% to 20% over the next several years. This has enabled the sector to secure high profits as demand increases for financial services in Egypt’s banking industry.

Although takaful insurance companies have witnessed high rates of growth, many experts have noted that they too suffer from many of the same problems plaguing commercial insurance companies, such as an overall decrease in the amount of salaries and wages, in addition to other factors associated with the general slowdown of Egypt’s economy.

Abd al-Ruf Qutb, President of the Insurance Federation of Egypt and managing director for the Egyptian Saudi Insurance House Company, said that he expects the takaful insurance industry to witness a steady growth in the number of premiums over the next several years, ranging between 20% and 25%.

He attributed the growth of the takaful insurance sector in Egypt, which started as a single company in 2003, to its adherence to the principles of Islamic Sharia law. Since then, five takaful property insurance companies and three takaful life insurance companies have been established. These companies combined have come to represent nearly 30% of the Egyptian insurance market.

Qutb further predicted that these high rates of growth would lead to the establishment of new Takaful insurance companies in the coming years, and may even attract foreign companies seeking to do business in Egypt.

Ahmed Arafin, managing director of the Egyptian takaful Company, expected the sector to grow worldwide by 20% over the next several years, stating that the current value of worldwide premiums was estimated at EGP 12bn.

He expected takaful insurance companies to make up 15% of all worldwide premiums within the next five years, based on the fact that the sector’s yearly growth levels has stabilised around 20%.

Gulf countries he said, were currently the most active in the takaful insurance industry, representing 40% of the world market, followed by companies in South East Asia which make up 11%, with a market region consisting of Egypt, Sudan and Jordan coming 3rd.

Arafin stated however that the takaful insurance industry was still performing below its potential, as growth rates at various points in the past had fluctuated between 8.5% and 9.5%.

He added that he expected to see Egyptian companies come to represent 50% of the worldwide takaful insurance market within the next 10 years, pointing out that between 2008 and 2011 Egypt’s worldwide share of the takaful industry increased from 1% to 9%.

He went on to say that the takaful insurance sector as a share of the Egyptian market had reached 11% compared to 8% on the world stage. These rates, he said, may increase to 15% by 2015 if sector growth continues at this rate.

Arafin added that expects to see the takaful insurance industry continue to grow over the next several years, due to its adherence to Sharia law. However he recognised the continued existence of challenges facing the industry, such as a lack of a clear set of legislation governing the sector, and small advertising budgets for most companies.

Mohamed Abd al-Gawad, managing director of the Arab Orient Takaful Insurance Company, expects to see growth rates for the sector increase by 10% to 12% by the end of the year. He stated that it was not necessary for the government to come up with comprehensive legislation governing the sector, but rather that amendments should be made to current financial laws having to do with the separation of budgets between shareholders and clients.

He pointed out that Egypt’s takaful industry had indeed been affected by the country’s ongoing political crisis, however that the sector has been able to maintain high levels of growth due to the fact that it is relatively new to the Egyptian market.

He expected growth rates for takaful companies to increase over the coming years as a result of increased consumer awareness of the sector and its ability to provide widespread coverage to its clients to cover the cost of various needs and services. He added however that the sector would require new amendments to current legislation in order to bring discipline to the markets.

Gawad went on to say that issues related to compulsory insurance and the balancing of company capital would require legislative intervention, and called for the reestablishment of a new independent regulatory authority. This he said, was necessary considering that the Egyptian Insurance Supervisory Authority had recently been merged with the Egyptian Financial Supervisory Authority (EFSA).

Abd al-Latif Salam, managing director of Wethaq Egypt, agreed that the takaful’s sector newness on the Egyptian market had helped contribute to its high growth rate compared to traditional commercial insurance companies. He added that he expected growth rates to continue to increase over the next five years from anywhere between 10% and 15%.

He said that continued growth in the sector would be determinant upon the extent to which takaful insurance companies could maintain their credibility with their clients and provide compensation to clients involved in accidents. He added that what was needed now was not the introduction of new legislation into the takaful sector but rather amendments to current laws that would distinguish between client and shareholder funds.

Dr Amani Tawfiq, professor of insurance and risk management at the Business School at the Al-Mansoura University, stated that takaful insurance is a way to handle and convert risk in accordance with the precepts of Sharia law. The biggest obstacle the sector faced she said, was the fact that the business practices of traditional commercial insurance companies violate the precepts of Islamic Sharia law, making it hard for companies in either sector to cooperate with one another.

She added that the takaful insurance industry was founded upon donations, making it impossible for a company’s board of directors to gamble with shareholder money. In this context, she said, a return on one’s investments was guaranteed for all parties involved.

She added that since 2009 the number of takaful insurance companies operating in the world market had reached 250, whose total value of total premiums was estimated to have reached $11bn. Companies operating in Gulf Cooperation Council (GCC) countries make up 43.9% of the world market share, with Iranian companies forming 37.3%, East Asian companies making up 13.3%, African countries 3.4%, those on the Indian sub-continent 1.7%, and Levantine companies 0.4%. Tawfiq expects takaful insurance companies to eventually overtake traditional commercial insurance companies on the world market, pointing to the years from 2005 to 2009 as evidence for high growth potential. These years saw growth rates of 28%, 31%, 30%, 22%, and 12%, respectively. In Egypt, the number of people buying stock in takaful companies went up from 0.1% of premiums in the 2002-2003 fiscal year to 8.32% for the 2009-2010 fiscal year.

She went on to say that the takaful insurance sector still faced a number of challenges, such as a lack of existence of unified laws governing the sector, the need for a more comprehensive free market, and the lack of qualified intermediaries to intervene in deals involving takaful and traditional commercial insurance companies.

She added that it was necessary to learn and benefit from the experiences of developed countries in applying the precepts of Sharia law to the insurance industry, as a way to expand services and meet the needs of different sectors of society, particularly those of microenterprises.

Tawfiq further stressed the need for colleges and universities to develop programs and centers studying the application of takaful insurance, in addition to the creation of a government regulatory agency aimed at bridging the gap and encouraging cooperation between takaful insurance companies and Islamic banks.