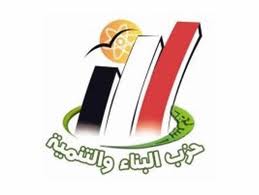 The Building and Development Party (BDP) postponed a “million-man” protest against violence until Friday, 15 February.

The party, the political wing of Islamist group Al-Jamaa Al-Islamiya, had called for a protest next Friday outside the Rabaa Al-Adaweya Mosque to support the president’s legitimacy and to renounce violence.

“We postponed the million-man march to give those spreading chaos a chance to retreat,” said BDP leader Safwat Abdel Ghany during a press conference held at the party’s headquarters on Monday. He added that the decision to postpone the protest was reached after negotiations with “national Islamist movements”.

“This would also give us the chance to rally more protesters,” Abdel Ghany said.

Abdel Ghany stated that “peacefully” taking to the streets is essential to protecting the nation and its citizens: “I ask those who refuse to protest, what other solution do you have to offer?”

The Salafi Parties Al-Nour and Al-Watan also announced they will not take part in the protest.

“All Egyptians should take part in this protest across the whole of Egypt,” said Aboud El Zomor, BDP leader. “The mediocre movements should move swiftly to rescue the nation.”

The protest demands include the peaceful pursuit of revolutionary demands, respecting the people’s choice, freezing any changes not coming as a result of elections, enforcing the law while respecting human rights, holding a national dialogue without any prerequisites, and creating a “counter-thuggery unit” in the Ministry of Interior.

Abdel Ghany called upon the state and its security apparatus to preserve the state’s security. He added that the security apparatus lacks a clear policy. “They either withdraw from the violent scenes, allowing the rioters to sabotage, or they drag and attack citizens.”

Abdel Ghany referred to the now-infamous attack on Hamada Saber, a middle-aged man caught on camera as police forces violently stripped him naked and dragged him on the street during clashes at the presidential palace on Friday, as “an individual act” and not an all-round police strategy.

BDP chairman Nasr Abdel Salam said that the National Salvation Front (NSF) must understand it is not the only opposition movement within the political scene: “We oppose the presidency, yet our criticism is usually constructive.” He accused the NSF of inciting youth to violence in order to take over the country after they “miserably failed in getting votes during the elections”.

“The NSF chooses the violent option because they aim for either of two things,” Abdel Ghany said. “Either that a popular revolution will break out due to the prevailing violence, or that the armed forces will intervene in the political scene.”

Abdel Ghany accused the NSF of having double standards. He stated that they only care about the violent attacks citizens are subjected to and ignore attacks on security personnel and mosques.

The rescheduled protest is to be held at Al-Nahda Square, near Cairo University. The square hosted a Muslim Brotherhood-sponsored protest in December 2012 to ensure the legitimacy of President Mohamed Morsi.

The Freedom and Justice Party (FJP) is yet to decide on joining the Friday protest.