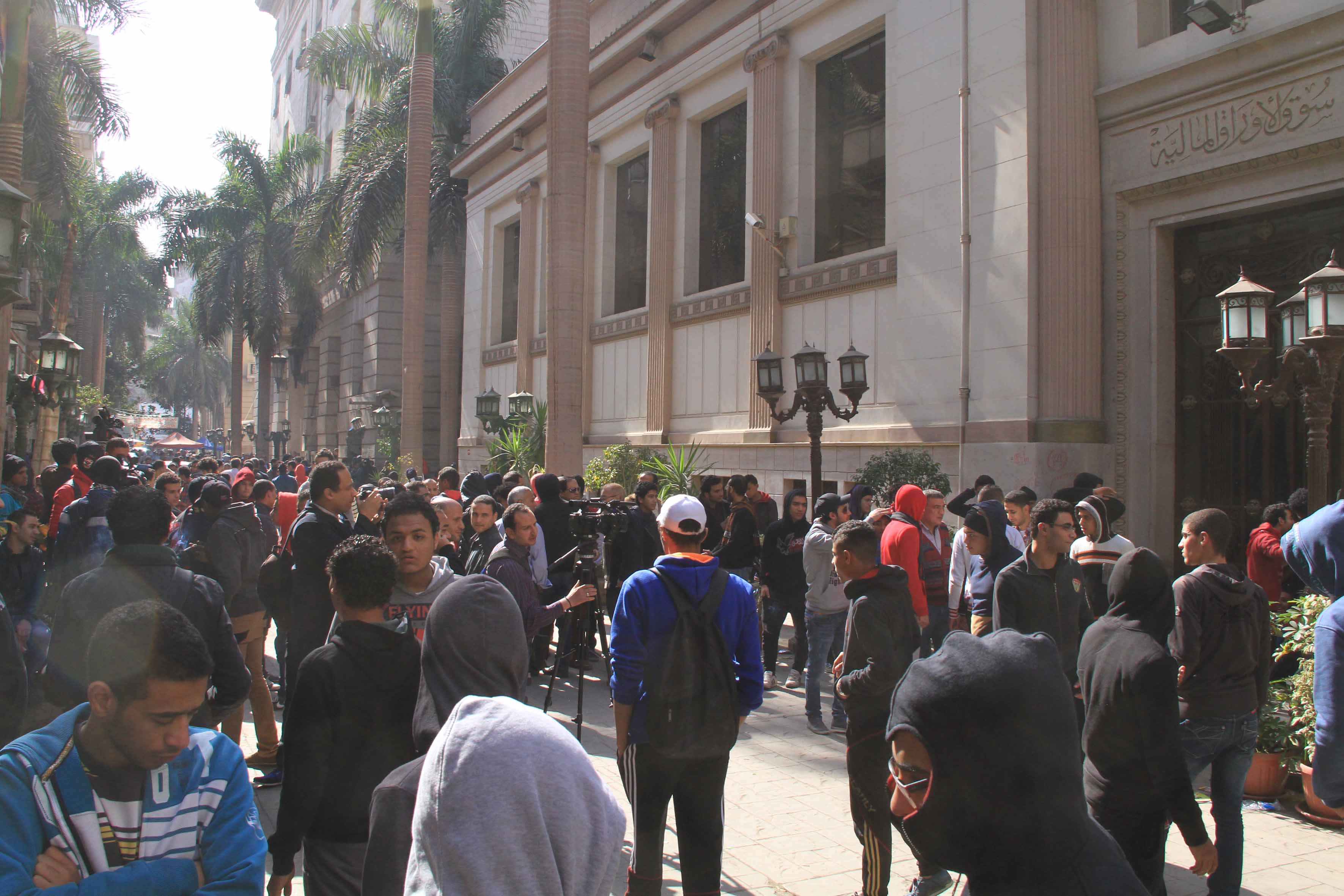 The Egyptian economy has paid a heavy price for eight days of ongoing riots, with figures indicating an increase in the budget deficit, a decline in foreign currency reserves, higher internal debt, and stunted GDP growth.

On 30 December the Central Bank of Egypt (CBE) introduced dollar auctions aimed at stemming the drop in reserves stoking depreciation in the pound, which has weakened 8.2% against the dollar in the past year to reach 6.5815. The pound slid to a record low of 6.5826 to the dollar on 15 January.

Authorities project a budget deficit for the current fiscal year, ending on 30 June, which could exceed initial projections by 50%.

Egypt’s sovereign credit rating has been cut to ‘junk’ status by Standard and Poor’s, while Fitch Rating has cut Egypt’s credit rating from ‘B-plus’ to ‘B’.

Fitch’s report of 30 January stated that “Egypt’s downgrading reflects balance between short-term reserve pressure, political upheaval, a weak and deteriorating fiscal position and capital flight, against our assumption that an IMF programme will be in place after the election.”

Bond sales and foreign deposits have bought little time for Egypt. By mid-December, signs of Egypt’s worsening international reserves began to surface when banks started to bring dollars from their overseas accounts to meet growing local demand, followed days later by a government decree limiting foreign currency transfers in and out of Egypt to a maximum of $10,000 per traveller. A clear indication that the era of defending the national currency was over came as the CBE revealed that Egyptian foreign reserves had plunged to a “critical and minimum level” and announced the introduction of a new foreign exchange auction mechanism to buy and sell the US dollar.

Allowing Egypt’s pound to weaken resulted in an 8% fall in its official value since mid-December. Whether this new policy of managing the country foreign exchange was an IMF loan-related condition or not is unknown. But for now, the inflationary impact of the pound’s fall is of immediate concern in a country that imports 60% of its food and 40% of its fuel, and where over 25% of the population live below poverty line, rising to 50% in some places like rural areas and city slums. Add to this an unemployment rate of 25% among young Egyptians, and the result is an explosive socioeconomic mix.

On the fiscal front, Egypt has been facing a growing fiscal deficit which reached 11% of Egypt’s GDP (about $28bn) last year, and is expected to jump to 13% of GDP (close to $31bn) by the end of the current fiscal year. With almost 80% of the state budget allocated to wages, subsidies, and debt services, Egypt’s finance officials have little room for maneuvering. Raising taxes or cutting expenditure in the context of economic decline and rocky transitions are not politically feasible and are likely to carry a high social price. Borrowing therefore seemed the only option left.

External official finances, however, were not readily available, and all loans depended on the Egyptian state undertaking political and economic reform. Borrowing from international markets has become increasingly difficult. Post-Mubarak Egypt twice approached the IMF, in May 2011 and January 2012, requesting a $3.2bn loan and in both cases internal domestic politics hindered a fruitful conclusion of the talks.

Desperate for cash, Egypt turned to the IMF again in August 2012. This time, the administration requested a $4.8bn loan, a 50% increase on the previous request. Three months later, a preliminary agreement was reached between the parties based on Egypt’s commitment to implementing a homegrown economic reform programme aiming to reduce the country’s budget deficit from 11% of GDP this year to 8.5% of GDP by 2014. This, according to the plan, is to be achieved through a mélange of tax hikes on sales, income and property, and through expenditure cuts. The loan arrangement is now on hold after Egypt retreated from raising sales taxes that were part of the IMF deal last December, just hours after the raises were announced. The current government agrees on IMF conditions, but is not able to meet the requirements.

According to Mohammed Saeed, Managing Director of IDT Consulting and Information Systems Company: “The direct impact of riots and demonstrators is on the country’s security, and the country as a whole is suffering from a debilitating lack of power for governance and a lack of boldness in decision making. These reasons affect the attractiveness of the Egyptian economy for foreign investment.”

Saeed said that the Egyptian Exchange (EGX) is still trading at prices less than its value, with less expectations of positive outlook in the short term, particularly given the lack of liquidity and foreign investment.

Dr. Ehab El-Desoky, Director of the Center for Research and Consultancy at Sadat Academy, expects the Egyptian pound to drop further against the dollar.

This, then, is where Egypt’s ultimate economic policy challenge lies: how to reconcile the high expectations of ordinary Egyptians for better livelihoods and respond to their passionate cry made two years ago this month at Tahrir Square for “bread, freedom and social justice”, while reducing the deficit and improving Egypt’s economic outlook in an increasingly chaotic political setting.