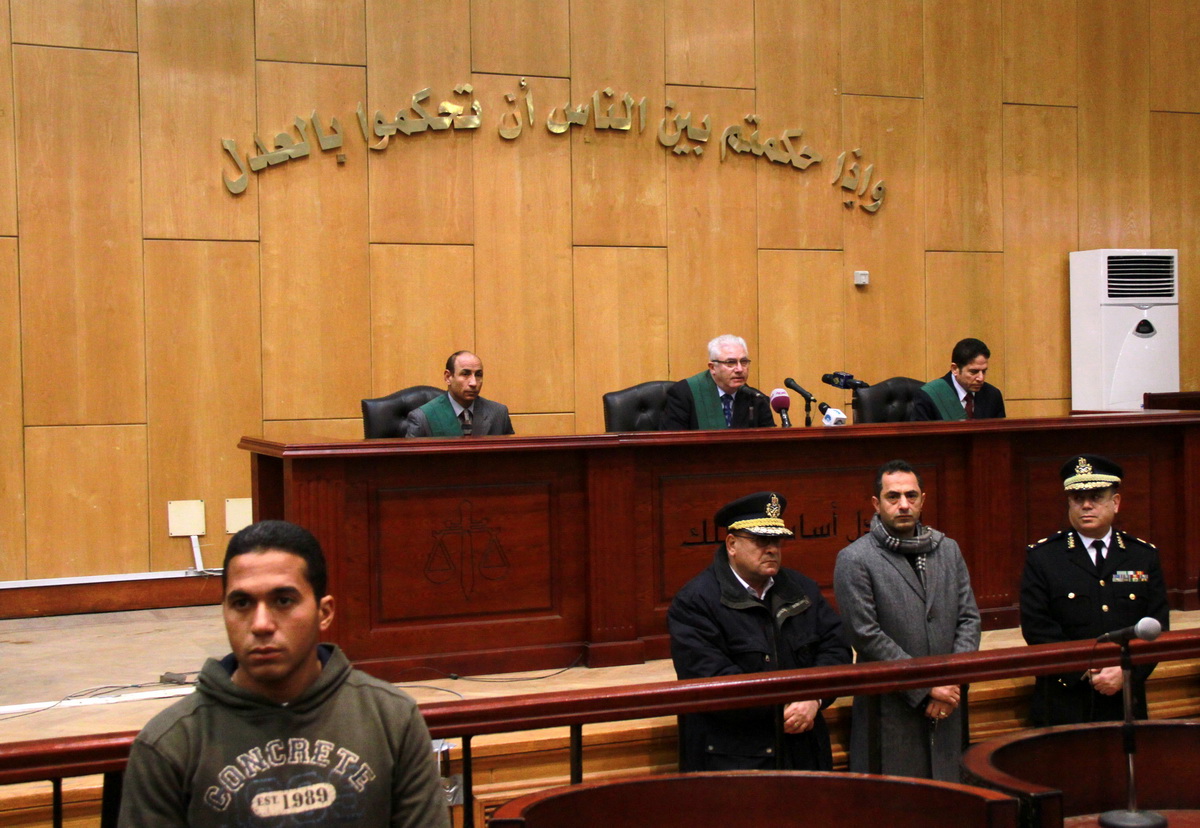 Chancellor Kamel Samir Girgis, the head of the Bureau of International Cooperation, said on Saturday that Switzerland has rejected an Egyptian request to repatriate funds from bank accounts linked to members of the former regime accused of money laundering and corruption.

The statement was made during a press conference early on Saturday held in Samir Girgis’ office at the Cairo High Court, where he said the head of the Swiss foreign ministry, Didier Burkhalter, had agreed to start work on a legal text which would allow Egypt to reclaim such funds.

Bulkhalter’s decision came after the Swiss federal court rejected Egypt’s request to retrieve the funds, a verdict he considered shameful. Bulkhalter had said Sweden’s domestic laws conflicted with international law, and has in effect delayed the recovery of assets over the past two years.

Conditions for the recovery of the assets were placed on Egypt, namely ending violent demonstrations. Switzerland is estimated to be holding 700m Swiss francs, according to Samir Girgis.

Tioman ranz, a media spokesperson from the Swiss foreign affairs department, confirmed a group of Swiss experts in asset recovery were currently in Egypt for talks and training but said they were not a part of any official delegation to Cairo.

At the end of last month, roughly 80 international legal experts met in the Swiss city of Lausanne to discuss the repatriation of illegal assets connected to several people in the wake of the Arab Spring. The Swiss foreign ministry said the repatriation of such funds remains a high-priority for the nation, and as such had organised a meeting with specialists from across the region, which included Egypt, Tunisia and Libya.

In 2011 Switzerland was the first country to freeze assets belonging to members of former regimes in Libya, Tunisia and Egypt. Switzerland is considered to be a major haven for money laundering, due to the strict privacy laws embedded within the nation’s banking system, but according to the government, over 1.8bn Swiss francs have already successfully been repatriated since the government began its offensive on international economic crime in 2001.

On 20 January the Swiss ambassador Dominik Furgler and Egypt’s Minister of Planning and International Cooperation Ashraf El-Sayed El-Araby signed a cooperation agreement which would see 30m Swiss francs in aid delivered to Egypt until 2016.

Egypt participated in Lausanne talks based on Iranian demand: The Guardian