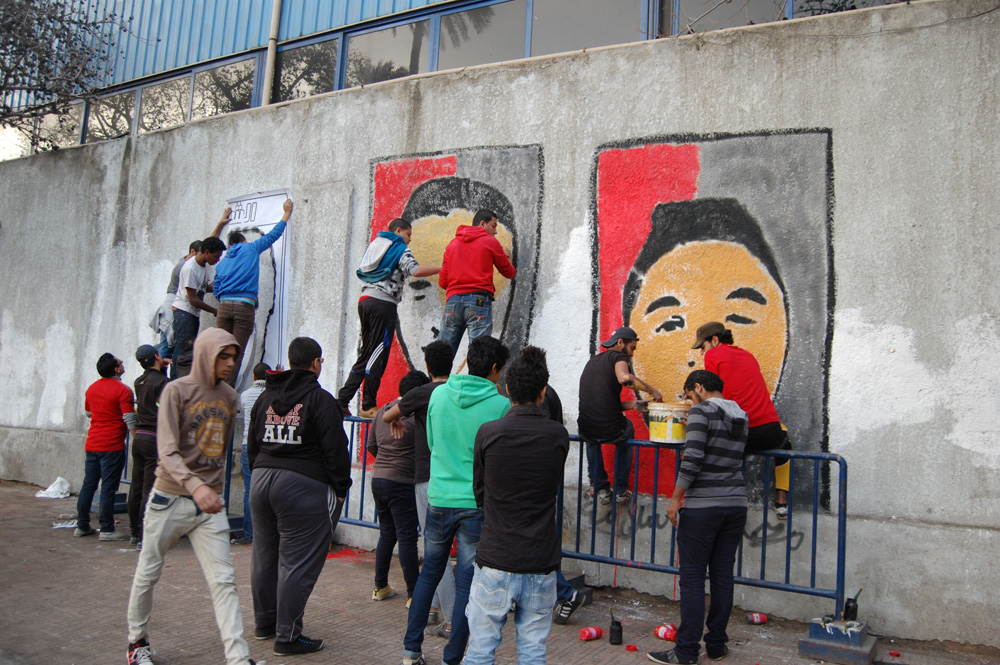 Al-Ahly fans gathered at the club training ground to commemorate the death of the 74 people who died in the Port Said stadium disaster one year ago.

Fans were painting the faces of each of the fallen along the outer walls of the club. Hundreds flocked to the training stadium inside the club. The Ultras led the chants before the memorial began.

The families of the martyrs walked out on to the pitch and were greeted with chants from the Al-Ahly fans.

The name of each person who died was read out and the crowd replied with a chant say that the deceased is now in heaven.

After the names were read out there was a silence around the stadium as balloons bearing pictures of the dead were released as flares went off on the pitch in a formation depicting the number 74.

After the silence the crowd erupted with songs and drumming and flares went off all around the stand.