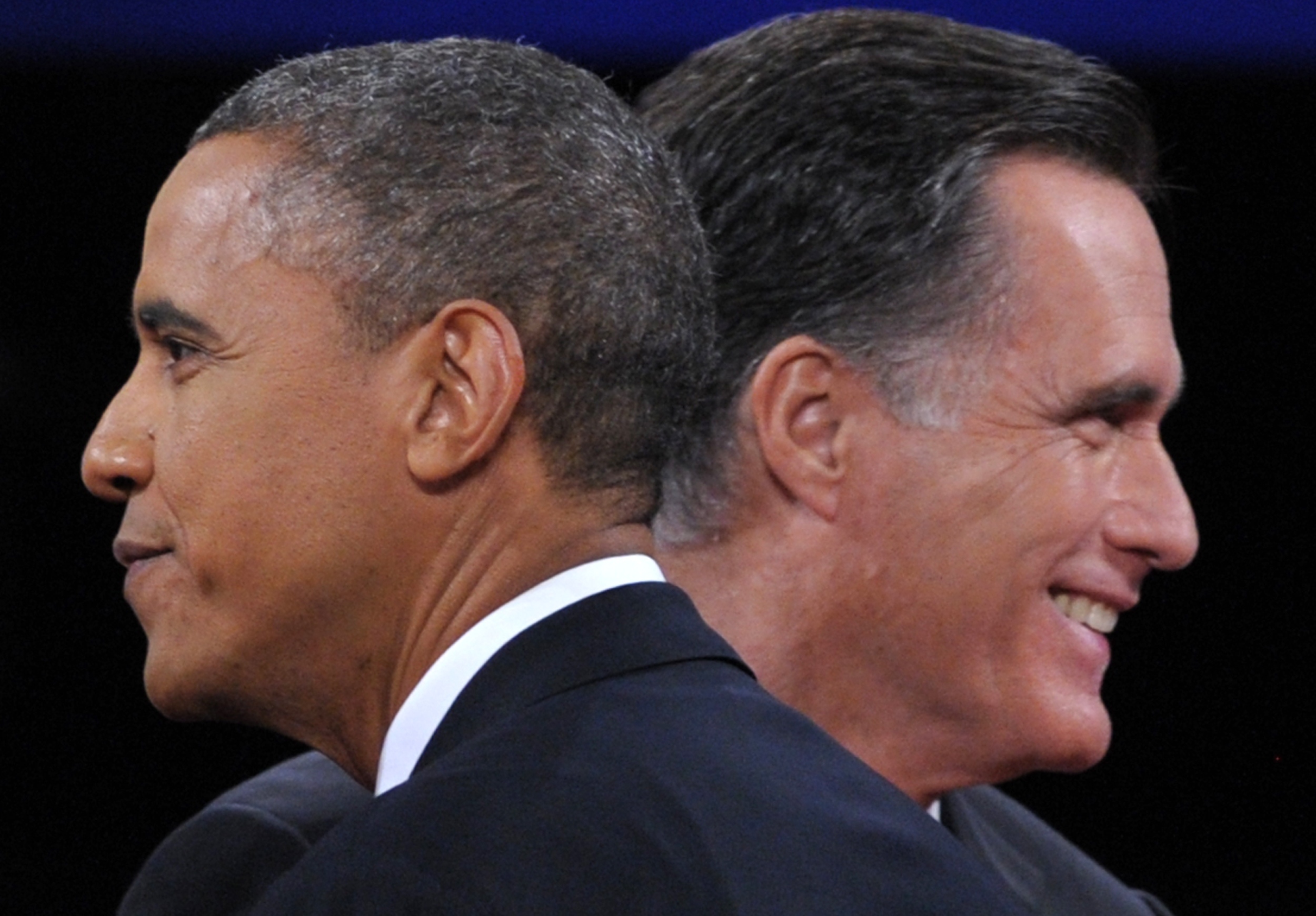 Democrat President Barack Obama said, “America has to stand with democracy,” but stressed that the new Egypt has many responsibilities to live up to.

Republican contender Mitt Romney said he was committed to “these freedom voices in the streets of Egypt.” Yet he also wished “that we [the Republican party] would have recognised that there was a growing energy and passion for freedom in that part of the world and that we would have worked more aggressively with our friend [Mubarak] and with our other friends in the region to have them make the transition toward a more representative form of government so that it didn’t explode in the way it did.”

The responsibilities of Egyptians, in the eyes of the sitting American president, are five fold. He said religious minorities must be protected; women must be given equality; the treaty with Israel must be respected; terrorism must be proactively fought against; and the economy must be developed. Obama sees the future of Egyptian-American relations as a partnership where Egypt helps make the US safer by fighting terrorism and the US helps realise the dreams of the revolution by injecting funds into the economy and encouraging entrepreneurship.

“Egypt for the US has always been about two things,” said political analyst Emad Gad, who is also deputy leader of the Egyptian Social Democratic Party. “First of all is security for Israel. The second is the supply of oil. Obama has never been interested in human rights.”

The way forward in the Middle East was much simpler for Romney, who said the duty of the US is to uphold the mantle of world peace. Talking about the 2011 Arab uprisings, he said, “this is obviously an area of great concern for the entire world, and to America in particular.”

He continued to explain that while he was hopeful at first, there has now been a series of disturbing events. If he were president, his solution would be “to put in place a very comprehensive and robust strategy to help the world of Islam reject this radical, violent extremism.”

The moderator in the debate asked Obama to defend his timing in urging Mubarak to cede power, while members of his staff said he should wait longer. Obama said he sticks by his “early” decision to turn on Mubarak.

“I think the American administration from the first moment tried to support Mubarak,” countered Gad. “We didn’t see any kind of reaction from the American administration at the time. They didn’t react to the huge demonstrations in Tahrir; they thought that Mubarak could control it. So they failed to deal with Mubarak until three days before [he was removed from power.]”

Romney spent a good portion of the Middle East discussion painting a picture of how present the danger of religiously inspired violence is to Americans. At the beginning of the debate he tempered the accomplishment of Obama’s orders to assassinate Osama bin Laden by saying, “we can’t kill our way out of this mess.” Three minutes later the presidential hopeful said, “my strategy is pretty straight-forward, which is to go after the bad guys, make sure we do our very best to interrupt them, to kill them.