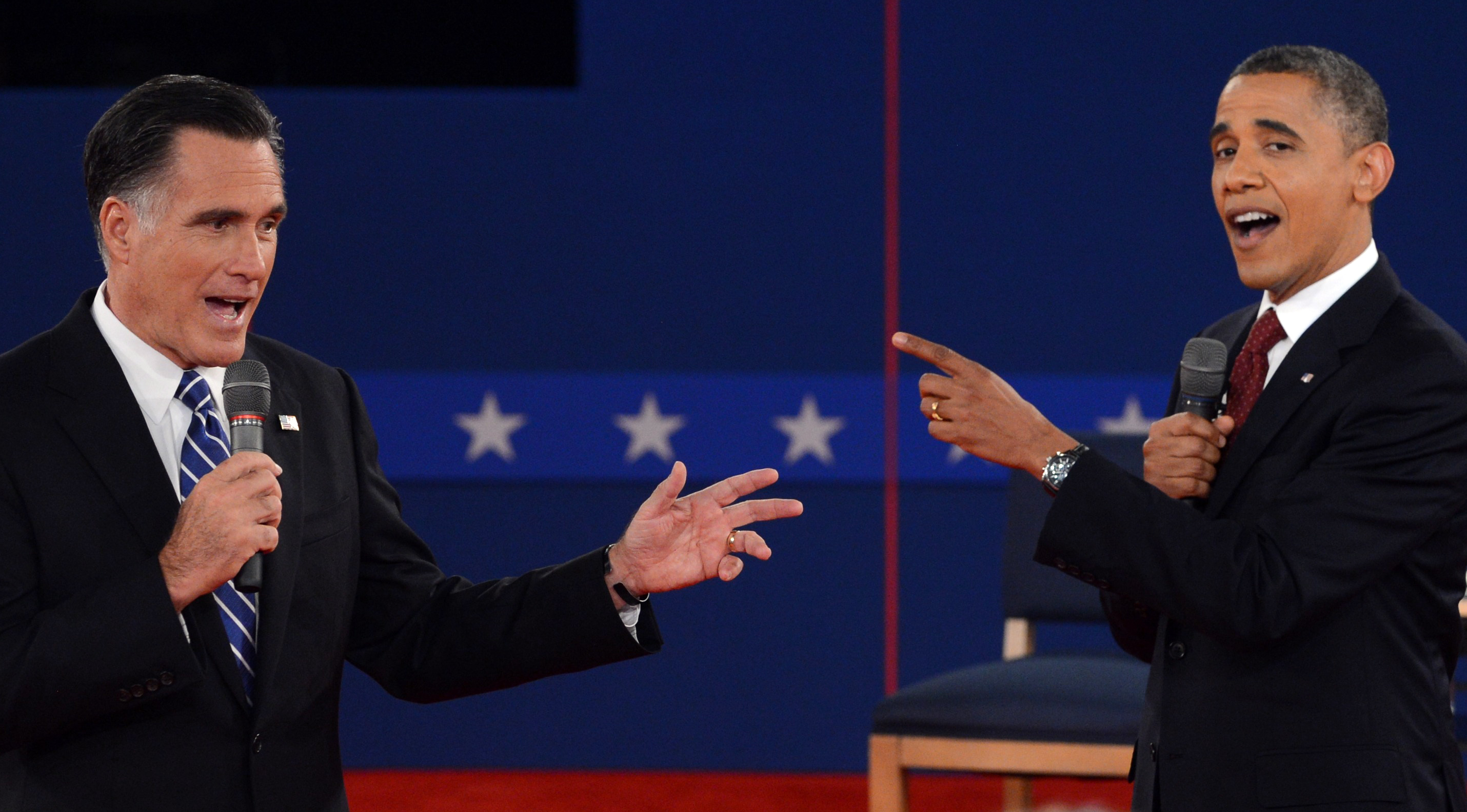 New York, (AFP) – President Barack Obama hammered Mitt Romney on Libya and his corporate past on Tuesday as he got the better of his Republican challenger in a fiery debate three weeks from election day.

Bouncing back after being pilloried even by his own Democrats for appearing passive and listless during their first encounter in Denver, Obama was a different character on stage at New York’s Hofstra University.

Rebounding from the ropes after a dismal showing two weeks ago that sent his poll numbers tumbling, the president was aware a second poor outing could doom him to the historical ignominy of a single term.

Early signs were that Obama’s passion-fueled performance will revive optimism among Democrats over his re-election bid even if Romney made a strongly-worded case that the president had presided over economic failure.

In one spellbinding exchange, Obama stared directly at Romney and rebuked him over his criticism of the White House’s handling of an attack on the US consulate in Benghazi, Libya on 11 September, which killed four Americans.

“The suggestion that anybody on my team, whether it’s a secretary of state, our UN ambassador, anybody on my team, would play politics or mislead when we’ve lost four of our own, governor, is offensive,” Obama said, wagging his finger at Romney across the stage of the town hall-style debate.

Seeking to recover, Romney then seemed to stumble, accusing the president of taking days to call the attack, which killed US ambassador to Libya Chris Stevens, terrorism.

Obama snapped back that he had referred to the assault as an “act of terror” a day after the attack, telling Romney: “check the transcript” before fixing his rival with a withering stare and saying “Please proceed governor.”

CNN moderator Candy Crowley fact-checked on the spot in Obama’s favour and the transcript of the president’s Rose Garden remarks on 12 September confirmed that he did indeed imply the assault was terrorism.

“No acts of terror will ever shake the resolve of this great nation,” Obama said in the remarks, which contradict Republican claims he laid the blame fully on an anti-Muslim YouTube video made on US soil.

Even before the debate had ended, Democrats were seizing on the moment to question Romney’s credentials to serve as commander-in-chief, while conservatives hammered Crowley for what they said was an unfair intervention.

Minutes into the clash, the two stood just a few feet apart, trading charge and counter-charge over economic policy.

Romney’s strongest moments came when he delivered stinging indictments of the Obama economy, charging the president with failing to rein in stubbornly high unemployment or cut ballooning deficits.

“The president wants to do well, I understand,” Romney said, adopting a sorrowful tone of voice. “But the policies he put in place have not let this economy take off as it could have.”

Obama slammed Romney over his attitude on women’s issues, but the former Massachusetts governor and multi-millionaire businessman hit back over debt.

Obama countered that Romney had invested in companies in China that were pioneers of outsourcing US jobs, saying: “Governor, you’re the last person who’s going to get tough on China.”

“The Republicans will be disappointed that Romney didn’t put him away, and the Democrats will be reassured that the president is in full press now,” said Linda Fowler, a government professor at Dartmouth College.

John Pitney, professor of politics at Claremont McKenna College, said he thought “the president had a much better night than he had in Denver.

“It was close, but I have to give the edge to Obama.”

Just 21 days before the election, the obvious antipathy between the candidates reflected stakes that could hardly be higher as national polls and the race in battleground states tightens into a dead heat.

The two candidates were to return to key swing states on Wednesday, with Obama holding rallies in Iowa and Ohio and Romney heading to Virginia.

Romney, 65, took the first question of the night, about the jobs crisis, and bemoaned the plight of ordinary Americans who he said had been “crushed over the last four years.”

“I know what it takes to create good jobs and to make sure you have the opportunity you deserve,” Romney said.

But Obama, 51, issued the parting shot of the night, blasting Romney comments — which came to light last month in a secretly-taped video — writing off 47 per cent of American voters who don’t pay income taxes as freeloaders who would vote for Obama in order to keep their government handouts.

“When he said behind closed doors that 47 percent of the country considered themselves victims who refuse personal responsibility, think about who he was talking about,” Obama said, pointing out that this included war veterans, students and soldiers serving in war zones.

“I want to fight for them,” he said. “That’s what I’ve been doing for the last four years. Because if they succeed, I believe the country succeeds.”