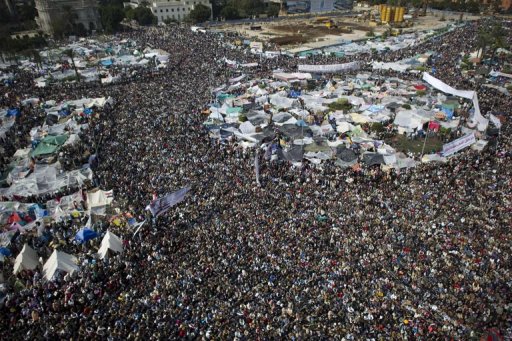 Minister of State for Legal and Parliamentary Affairs Mohamed Mahsoub denied the existence of a controversial “revolution protection law” on Monday.

“As of now, there are no foundations for a law on protecting the revolution’s goals. No discussions have been made over the articles published by some newspapers, and all are merely wrong journalist speculations,” Minister of State for Legal and Parliamentary Affairs Mohamed Mahsoub tweeted from his official Twitter account.

State-owned Al-Ahram had earlier reported that the Egyptian cabinet had finalised drafting this new law which would allow security forces to detain suspects for 30 days just for having a criminal record.

Prime Minister Hesham Qandil, Minister of Justice Ahmed Mekki, Minister of Interior Ahmed Gamal El-Din, and Mansoub, met on Sunday for a three hour closed meeting at the cabinet headquarters to discuss the law after being assigned it by President Mohamed Morsy.

The results of the meeting have not been officially announced but several media outlets, including the state-owned daily Al-Ahram, have published what they say are articles of the draft law.

The alleged law would allow security forces to detain suspects who “frequently commit criminal activity” for thirty days at any place the Minister of Interior decides upon, place the suspect under police surveillance, or ban the suspect from entering a certain area.

The proposed “protection of the revolution” law is extremely similar, in fact almost article-by-article identical, to a draft law called the “protection of society from dangerous individuals” law suggested earlier this year by the Ministry of Interior.

Several of its provisions could be used to stifle dissent, particularly political and labour protests, as activists or workers could be banned from entering certain locations like their place of work or a public square to avoid high numbers at a protest or strike.

It also includes strict provisions that allow the Ministry of Interior to punish workers and labour activists through clauses that forbid “stopping work” and “denying others the right to work” which could negatively impact strikes.

It also included those who repeatedly block public or private transport; commit communications-related crimes; forge bills; destroy or deface or burn workplaces or infringe on others’ freedom to work; those involved in prostitution or human trafficking; illegal transport and transplant of organs; crimes of fraud or manipulation of supply (gas, water, fuel, food); harbouring of criminals; and anyone who profits from these crimes.

Article 3 of the law states that those found committing such crimes will face the penalty for them described in the Penal Code in addition to the provisions of this law and that the 30 day detention would not count as part of a prison sentence.

Another article says that the penalties described in this law are to be carried out as soon as they are handed out, regardless of any appeals, and will not to stop due to a suspect filing an appeal.