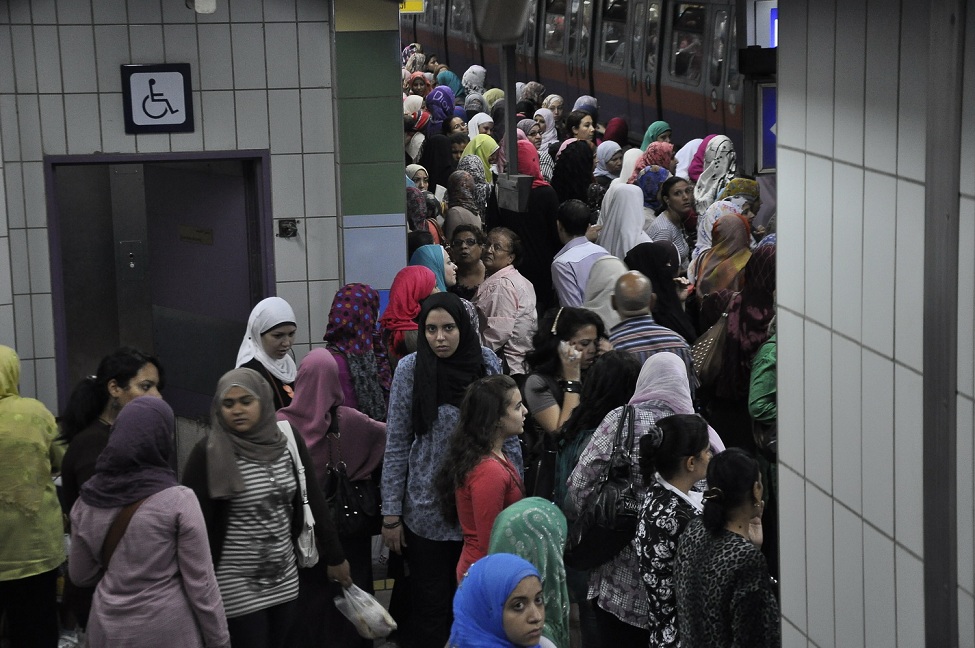 The founder of the “Be a Man” campaign announced on Saturday that she is filing a law suit against two ministers and a Metro official.

“We have a few demands and there are many problems in the Metro, including the use of the female carriage by men and the lack of security in the platforms,” Shereen Badr said. The law suit she filed on 1 October at the State Council is against the ministers of interior, transportation and the head of the Egyptian Company for Metro Management and Operation, the company that runs the Metro.

The point of the lawsuit, Badr said, was to create reforms in the Metro and “for them to carry out their jobs.” Badr said she filed the lawsuit, but that ten people from the “Be a Man” campaign, which she founded and heads, are also working on the case along with a lawyer.

A statement released by the campaign said the lawsuit was filed “after the escalation of violations and problems in the Metro and after verbal and physical assaults were carried out against women.” The statement added that these problems are caused by lack of security and negligence.

The lawsuit demands that the Minister of Interior, Ahmed Mohamed Gamal El Din, provide security for female carriages and security in the Metro in general.

It also requests a third female-only carriage on every train from the Minister of Transportation, Mohamed Rashad Al-Mateeny, and the head of the board of company that runs the Metro. There are currently two female-only carriages on every Metro train, but they are frequently used by men also.

The lawsuit also demands that hawkers not be allowed in the Metro and that those who do receive fines or have their goods confiscated.

In addition, it demands that trains run at least every three to prevent congestion, which creates an environment conducive to theft and harassment.

Badr said the lawsuit it just one step. “The next is to start contacting the regulatory bodies to investigate suspicions of waste of public funds and corruption, for example buying machines and not using them,” she said.

The campaign also released a second statement opposing a possible of ticket price increase. The statement proposed alternatives to a price hike, including leasing advertising space in the Metro and renting spaces inside stations to vendors. In addition, Metro officials could stop turning a blind eye to the people who use the Metro without paying for tickets.