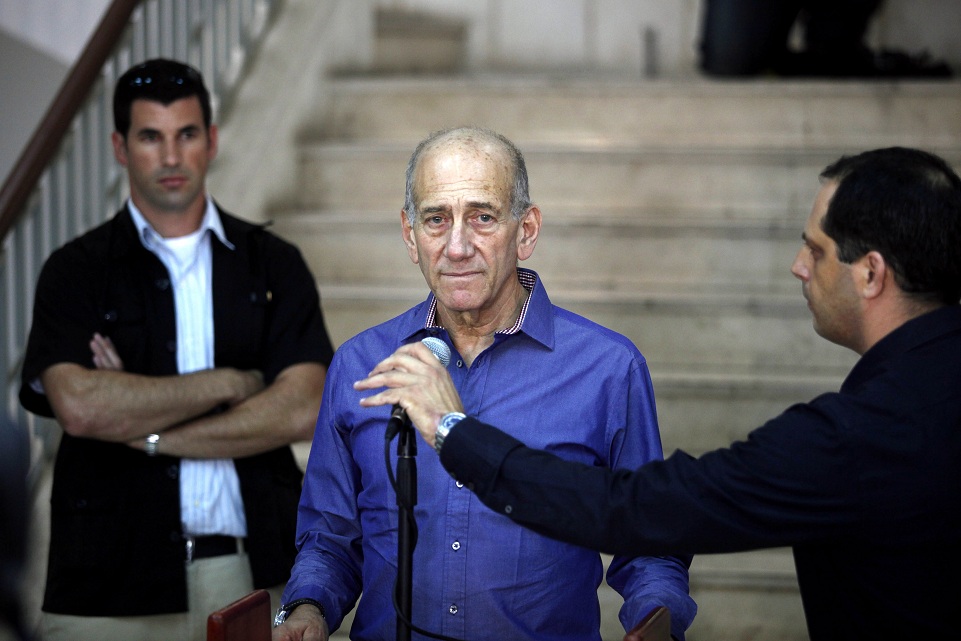 On Monday former prime minister of Israel Ehud Olmert was ordered to pay a small fine following a trial that found him guilty of betraying the public trust. The Kadima-affiliated Olmert was forced to resign four years ago amid allegations of favouritism and accepting bribes. He was found not guilty of the latter, but guilty of the former.

The fact that he escaped jail time opens the way for him to run for parliament again if he so chose. However, Olmert has made no formal announcement about his plans.

“There are two problems with cases such as this,” Said Okasha, a political expert from the Al-Ahram Centre, told Daily News Egypt. “First, governmental bodies don’t always cooperate when it comes to trials like this; they protect officials who were in power for fear that the charges could spread. The other problem is that police and investigators may also be afraid of being connected with the crimes.”

Olmert has experienced a political renaissance of sorts recently, according to AP, despite being forced out amid intense unpopularity. However, Okasha downplayed Olmert’s chances of running for election, citing his advanced age and health (Olmert has cancer), and also pointing out the seriousness of why he was so unpopular to begin with.

“He led the 2006 war in Lebanon, which created huge frustration in Israel and is often considered the worst war Israel has had. So he has no credibility on the street.”

Olmert himself had often claimed to be close to a resolution with the Palestinians before he was edged out, something that has been one of Benyamin Netanyahu’s largest failures. “He said that he had a plan ever since he was acting prime minister,” said Okasha referring to Olmert’s ascendency when Ariel Sharon suffered a fatal stroke while in office.

“His idea was to concentrate on major settlements, basically for Israel to create its own borders by withdrawing from certain lands.” A plan that seems to follow the logic of Sharon’s own unilateral withdrawal of settlers from Gaza. However, Okasha feels that this plan was doomed to failure because of the security vacuum it would create and cites as proof the current firing of rockets by Hamas, which now controls Gaza.

For his part, Olmert said on Monday, “I walk out of here with my head held high.”  However, before he can make further career decisions he faces an additional trial for corruption.