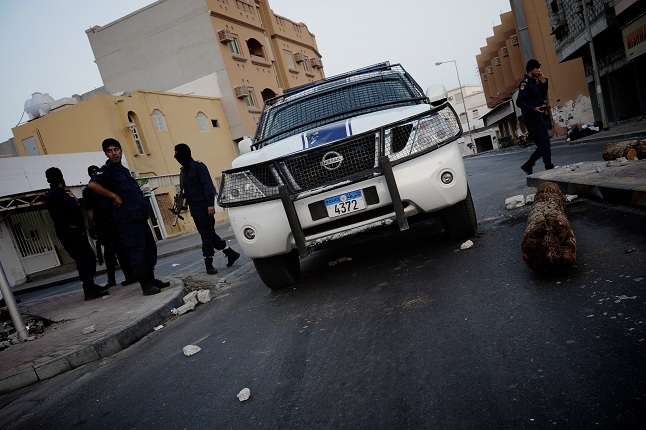 Bahraini public prosecution charged seven police officers with torture and maltreatment of Shi’a medics on Monday. The medics were detained last year during an ongoing 19 month-long wave of protests.

All seven are lieutenants in Bahrain’s interior ministry. Two personnel were referred to the High Criminal Court for “use of torture and threats against six medic detainees, for the purpose of forcing confession” according to AP. The remaining five will stand trial in Bahrain’s Low Criminal Court.

A hearing has been set for 1 October.

In March 2011, 20 doctors and nurses from Salmaniya Medical complex in the capital, Manama, were arrested.

They faced charges including possession of weapons in the medical centre and denying hospital access to Sunni Bahrainis. Shi’a protesters were camping in the hospital car park at the time. In June, nine medics were acquitted and on Thursday the jail terms were cut of nine others.

On Monday, interior minister, Sheikh Rashid Abdulla Al-Khalifa, announced the recruitment of 500 community police officers, including 100 policewomen. The ministry selected 100 candidates from each governorate. According to state-owned Bahrain News Agency, this grassroots approach to recruitment represented an effort to move away from the “institutional culture” of the country’s security services.

Roughly 50 protesters have died since protests began across Bahrain last year. The government cracked down on activists from the country’s Shi’a majority, which has lobbied the Sunni-ruled government for democratic reforms. In September, the interior ministry took legal action against Al-Wefaq National Islamic Society, the country’s largest opposition party, for its role in non-sanctioned protests.

The week before, Bahrain’s High Court of Appeals upheld sentences for 20 prominent activists, including eight life imprisonment sentences. Of those convicted was Abdul Hadi Al-Khawaja, the former president and co-founder of the Bahrain Centre for Human Rights.