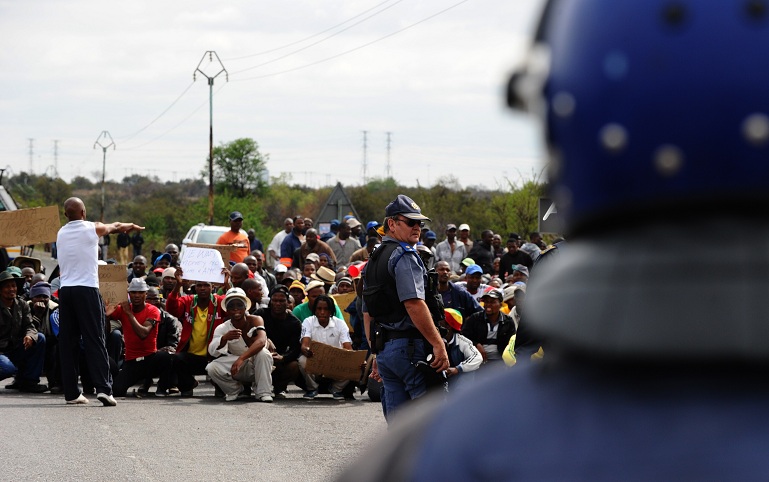 Police, with the support of the army, on Saturday night raided worker hostels in the areas around Lonmin’s Marikana mine, where police shot and killed 34 strikers a month earlier.

Officers confiscated gear usually carried by protesting miners, including machetes, spears and sticks. It was the biggest show of force since officers opened fire on miners on August 16, the worst police bloodshed since the end of the apartheid era. democracy in 1994.

Zuma “wishes to point out that the law enforcement measures undertaken in Marikana are not in any way aimed at undermining the civil liberties of strikers and residents of the area,” the president’s office said in a statement.

“Government respects the constitutional rights of Marikana residents but has to promote peace and order,” the statement added.

Zuma said the government could not allow people to march in the streets carrying dangerous weapons or let them intimidate others or incite violence.

But he added that the living conditions of workers remained unacceptable and said they have a right to engage their employers on wages or working conditions.

“The state is not taking sides in the dispute,” Zuma said in the statement. “The state is only intervening in Marikana to end the violence and intimidation.”

Police on Saturday opened fire with rubber bullets at protesters, who in turn threw stones at officers.

The troubles at Lonmin, the world’s third largest platinum producer, over a wage dispute in which 45 people have died, have spread to surrounding mines as well as a Gold Fields mine near Johannesburg.