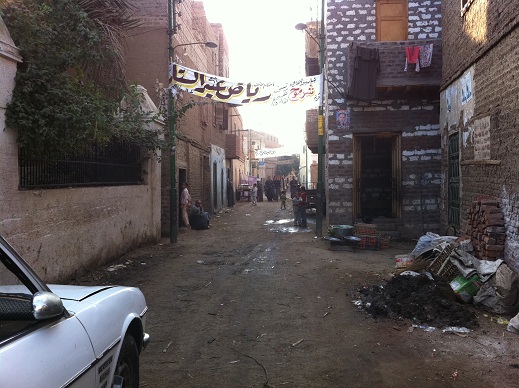 A notorious crime boss, who is at large in the area of Mallawi, a small town in Upper Egypt, has not been exclusively targeting local Copts, as confirmed by local sources to Daily News Egypt. A number of news sources reported that alleged criminal Ali Abu Hussein has been demanding jizya (a form of tribute historically levied on non-Muslims) and has directed criminal activity specifically at the expense of local Christians.

A notorious crime gang continues to overrun the area around the Upper Egyptian town located between the cities of Menya and Assiut. Ali Abu Hussein, from the village of Al-Badraman, has become a household name in Mallawi.

Before the revolution, Abu Hussein was a “common thief,” and had a criminal record. There are conflicting reports as to whether or not he was in jail and was released during domestic turmoil as a result of last year’s revolution.

According to local sources he and the group he oversees, a group of men numbering between 40 and 50, occupy abandoned houses throughout the region.

Abu Hussein’s operations expanded following the 25 January Revolution, emboldened by the absence of a local security presence. He and his men reportedly squat on plots of agricultural land and other property, threatening owners until they sign the rights of the land over to Abu Hussein. While sources in Mallawi claimed that Abu Hussein has killed a number of people, an estimate of victims could not be obtained and no one has approached the police to press charges, possibly due to the crime gang’s stronghold over the area and potential intimidation tactics.

Local residents also cite the increase of weapons that they believe have poured into Upper Egypt from Libya over the last year and a half.

Sources in Mallawi also insisted that Abu Hussein has targeted both Muslims and Christians, discrediting initial reports that the extortion and theft was being carried out on a sectarian basis.

As was the case with many parts of Upper Egypt following the revolution, Mallawi experienced a significant security vacuum that empowered criminals like Ali Abu Hussein, who has been able to run unchecked.

Last week police arrested Sabry Helmy Nakhnoukh in his villa outside of Alexandria on charges of thuggery, facilitating prostitution, and possession of unlicensed weapons.