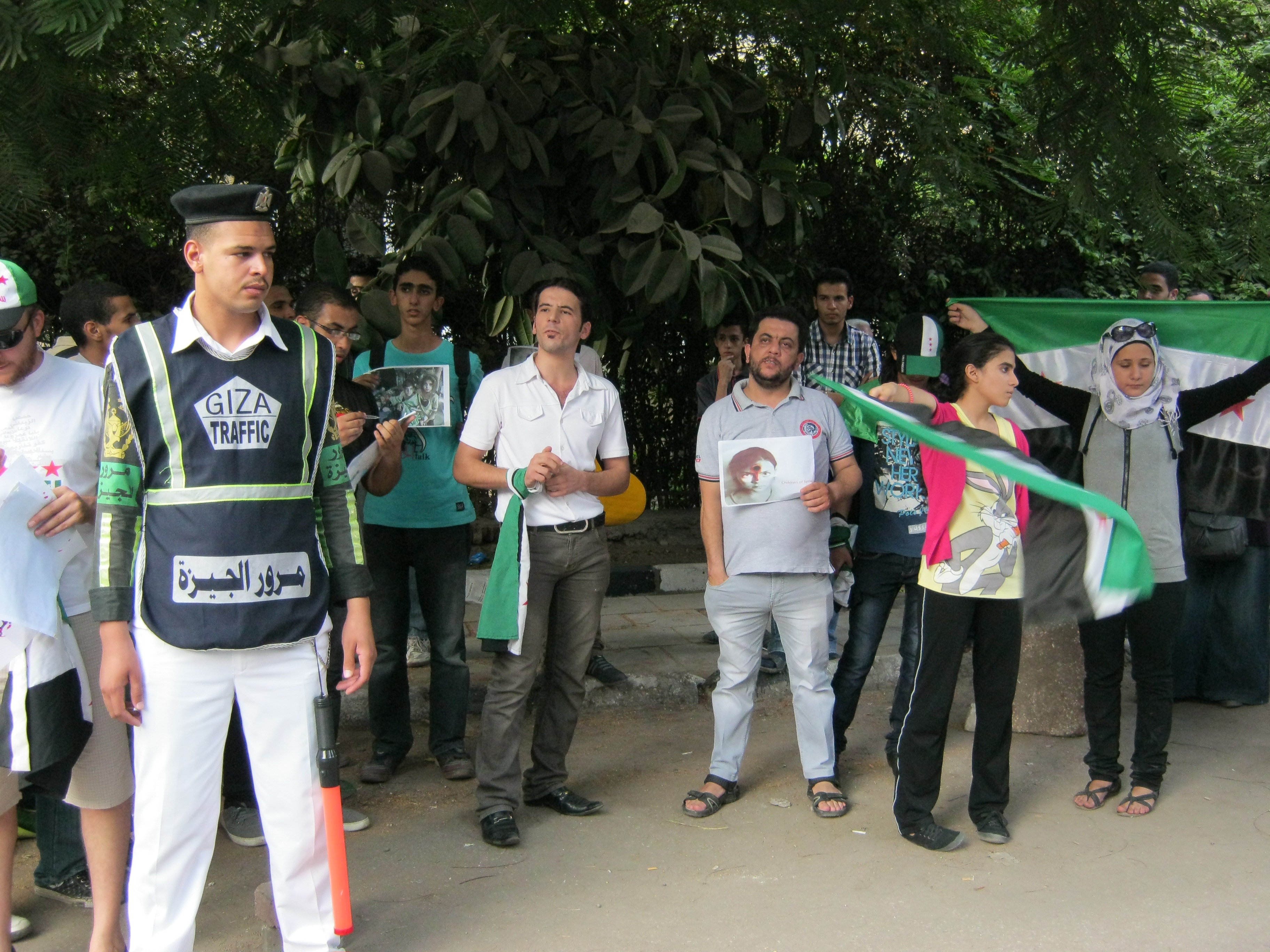 A small protest outside the Iranian embassy in Dokki, Cairo, was held today in solidarity with the Syrian people caught in the cross-fire between Basher Al-Assad’s forces and Syrian rebel fighters trying to depose him. The group of 25, Syrians and Egyptians alike, stood across the street chanting slogans and holding up graphic photographs of civilian casualties.

The group, huddled together across the tiny street in front of the embassy, called for their support of the rebels fighting Al-Assad. “Not with cries and sobs, our support shall be with weapons!” The decision to stage the protest in front of the Iranian embassy was to protest Iran’s involvement in Syria. Mohamed Al-Waki, a Syrian living in Egypt prior to the uprising in Syria explained their anger at Iran.  “Our main demand is for Iran to take its hands off supporting Bashar,” Al-Waki explained. Al-Waki urged Iran not to “turn it into a sectarian matter through intervening.”

“We’re calling for arming the Free Syrian Army (FSA). President Morsy said in his speech today that we shall support the Syrian revolution as well as the FSA.”

Ahmad Al-Sayed, an Egyptian protester on the scene said that they were “against Iranian intervention in Syria as well as Iranian support to Al-Assad by all means possible.” Al-Sayed stressed that their presence was to assert that Morsy’s visit to Syria is not a normalisation of diplomatic relations with Iran.” According to Al-Sayed,  the protest was called for by random youth. It was scheduled to be between 4 pm and 8 pm “however, the turn-out is rather low because most people have gone to the airport to welcome Morsy back after today’s speech.”