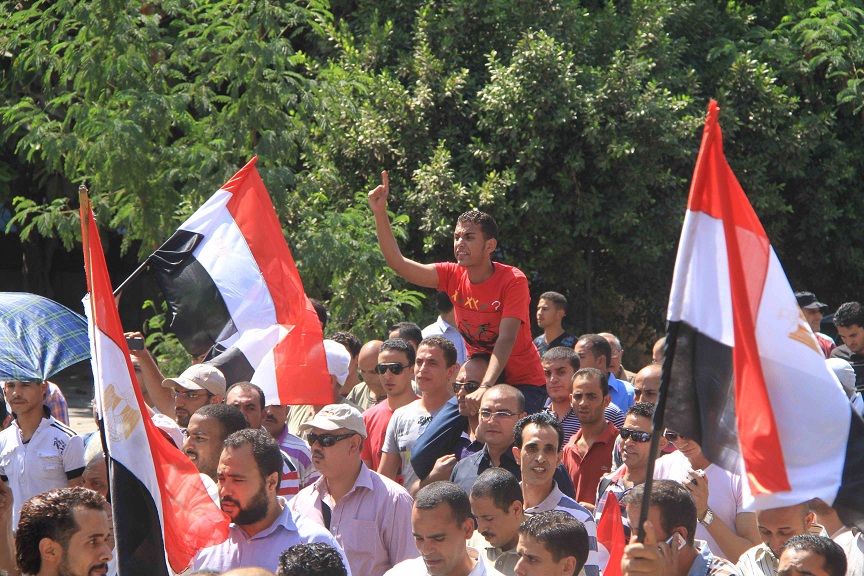 Several left wing socialist and communist parties and groups announced they would take part in the 31 August protest that leftist leader and Revolutionary Socialists member Kamal Khalil called for.

Khalil, who is also the founder of the Workers Democratic Party and director of the Centre for Socialist Studies had called for a protest against the Muslim Brotherhood’s seizing of all the state’s powers.

The protest is also calling for the release and compensation of all revolutionaries incarcerated or detained either through military or civilian courts ever since the 25 January 2011 uprising that toppled former President Hosni Mubarak.

The demands also include a minimum wage of EGP 1,500, a progressive tax system, retrying officers and soldiers accused of killing protestors during the uprising as well as putting former Supreme Council of the Armed Forces Chairman Field Marshal Hussein Tantawi and his deputy Lieutenant General Sami Anan on trial for the killing of protestors under their reign.

Most major liberal parties such as the Wafd Party, the Free Egyptians Party, the Democratic Front Party, the Justice Party as well as the Nasserist Karama Party have announced they would not participate in the protest, however, citing lack of coordination and planning as well as the need to give the newly elected president a chance, even if they agree with the demands of the protest.

The April 6 Youth Movement (Democratic Front) said it supported the protest’s demands but would not participate due to organisational issues both related to the protest and within the movement itself.

Khalil had initially called for a million man march but then decided to change it to a small march from Talaat Harb Square to Tahrir Square since many revolutionary and secular parties decided not to participate.

He said representatives of former Member of Parliament Mohamed Abu Hamed who organised last week’s 24 August protest had contacted him but that he refused to coordinate or work with them because they are “counter revolutionaries” who supported SCAF.
Khalil emphasised that his protests and its demands are completely different from those of Abu Hameds.