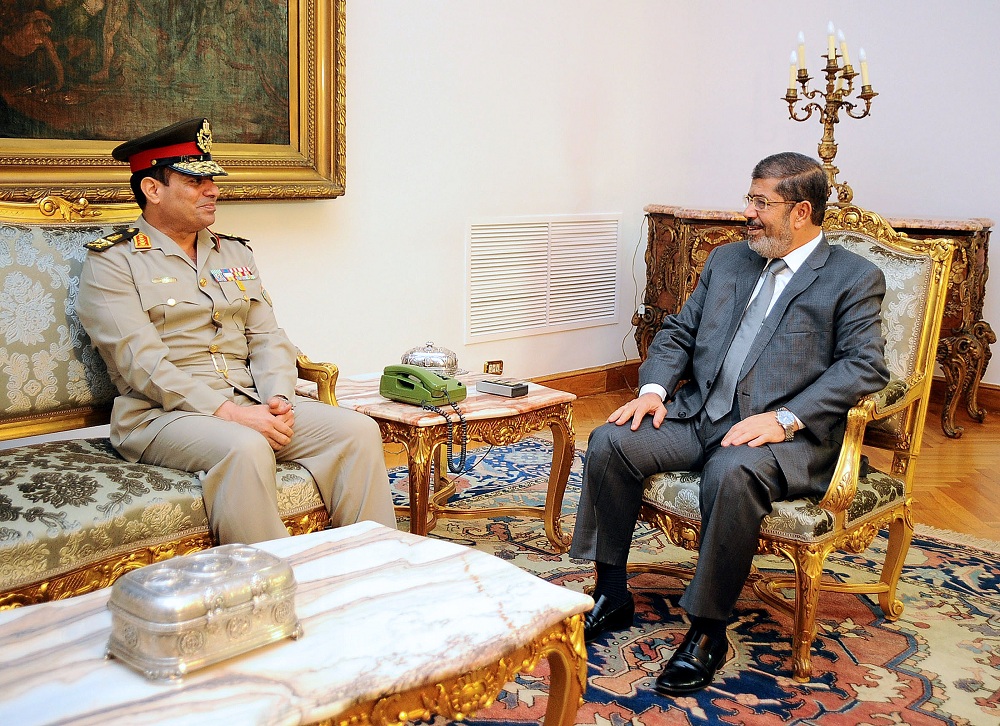 In accordance with President Mohamed Morsy’s orders to reshuffle and fill the vacancies within the Supreme Council of the Armed Forces, Commander-in-Chief and Minister of Defence General Abdel-Fatah El-Sisi has on Wednesday made 10 new appointments to leadership positions in the military.

Former Military Prosecutor Major General Medhat Ghezy was appointed as the new Chief of Military Justice, replacing Major General Adel Morsy who was in turn made Assistant to the Chief of Staff of the Armed Forces.

El-Sisi also hired Major General Adel Askar as Commander of the Third Army in place of Lieutenant General Sedki Sobhi whom President Morsy had made Chief of Staff on Sunday.

Several commanders were kept in their posts, however. Major General Ahmed Wasfy was kept in his position as Commander of the Second Field Army, as well as Major General Taher Abdallah, Chief of the Engineering Authority of the Armed Forces.

Major General Ahmed Abou El-Dahab is also set to stay on as Director of the Morale Affairs Department.

El-Sisi is yet to hire a new Director of Military Intelligence and Reconnaissance, the position he held before President Morsy promoted him.