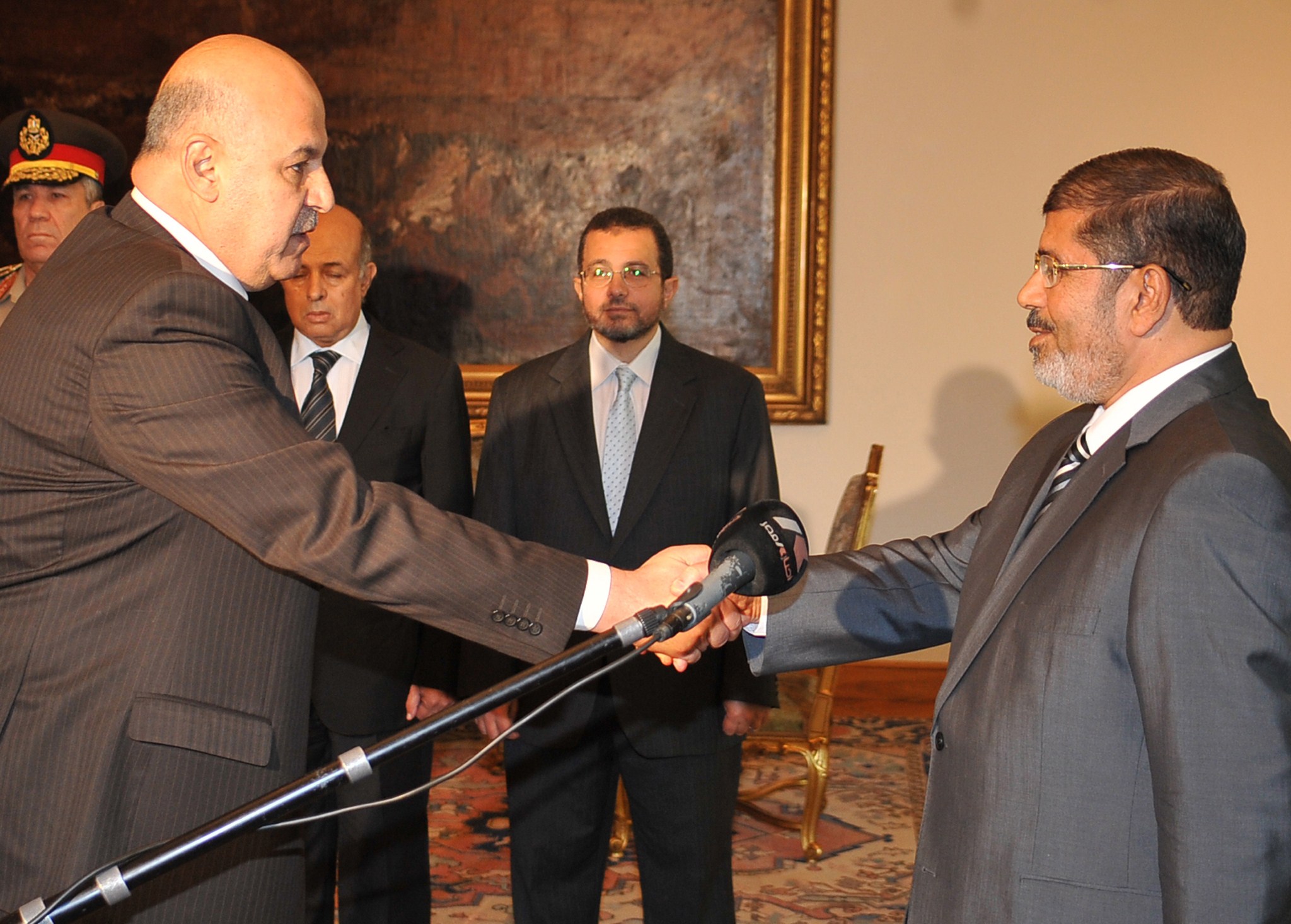 In the midst of President Mohamed Morsy’s drastic overhaul of Egypt’s military leadership on Sunday, the fact that he also appointed a vice president almost went unnoticed. Mahmoud Mekki, former Deputy Chairman of the Cassation Court, now holds the second most important office in Egypt.

Mekki, like his brother Ahmed who was recently appointed Minister of Justice in Prime Minister Hesham Qandil’s cabinet, is one of the pioneers and leaders of the independent judiciary movement that challenged former President Hosni Mubarak’s interference with the judiciary.

The two brothers and former presidential candidate Hesham El-Bastawisi were the first to stage demonstrations wearing full judicial robes and sashes back in 2005. They were protesting electoral fraud in the 2005 parliamentary elections.

The justice minister, based on Mubarak’s request, subjects Mahmoud Mekki and El-Bastawisi to internal judicial investigations after they published what they called “the black list of judges” who were complicit with security forces in election fraud.

Mekki refused to turn up to his initial hearings and when he finally stood trial he and El-Bastawisi were defended by a plethora of prominent lawyers including former presidential candidate Mohamed Salim Al-Awa. Several opposition groups, most notably the Muslim Brotherhood, staged protests in support of them outside the High Court building where the trial was taking place.

They were acquitted and went on judicial sabbatical to Kuwait in an attempt to distance themselves from the Egyptian political scene.

Mekki returned to Egypt during the 25 January 2011 popular uprising that eventually toppled Mubarak. He made his way to Tahrir Square, again donning his judicial robes and sash calling on all honourable judges to make their way to the square and help topple the dictator.

In the wake of the uprising, and after the appointment of new regional governors, thousands in Alexandria staged protests demanding Mekki be appointed governor of Alexandria.

There were widespread reports in the run-up to the 2012 presidential elections that the Brotherhood was trying to convince Mekki to run for president so they would back him. The group in the end decided to nominate one of their own, Deputy General Guide Khairat El-Shater and later Morsy when El-Shater was disqualified.

Although not members or supporters of the Brotherhood, both Mekkis are understood to be sympathetic with the group and its ideology.

Mekki’s appointment as vice president comes at a time where the position has no rigidly defined powers. The 30 March 2011 constitutional decree that functions as the country’s temporary constitution stipulates that the president can hire one or more vice president and that he alone defines their powers and specialisations.

Morsy had promised before his election victory that he would appoint at least one woman and one Coptic Christian as vice presidents. He also said he would appoint a revolutionary figure although Mekki can count as that appointment.